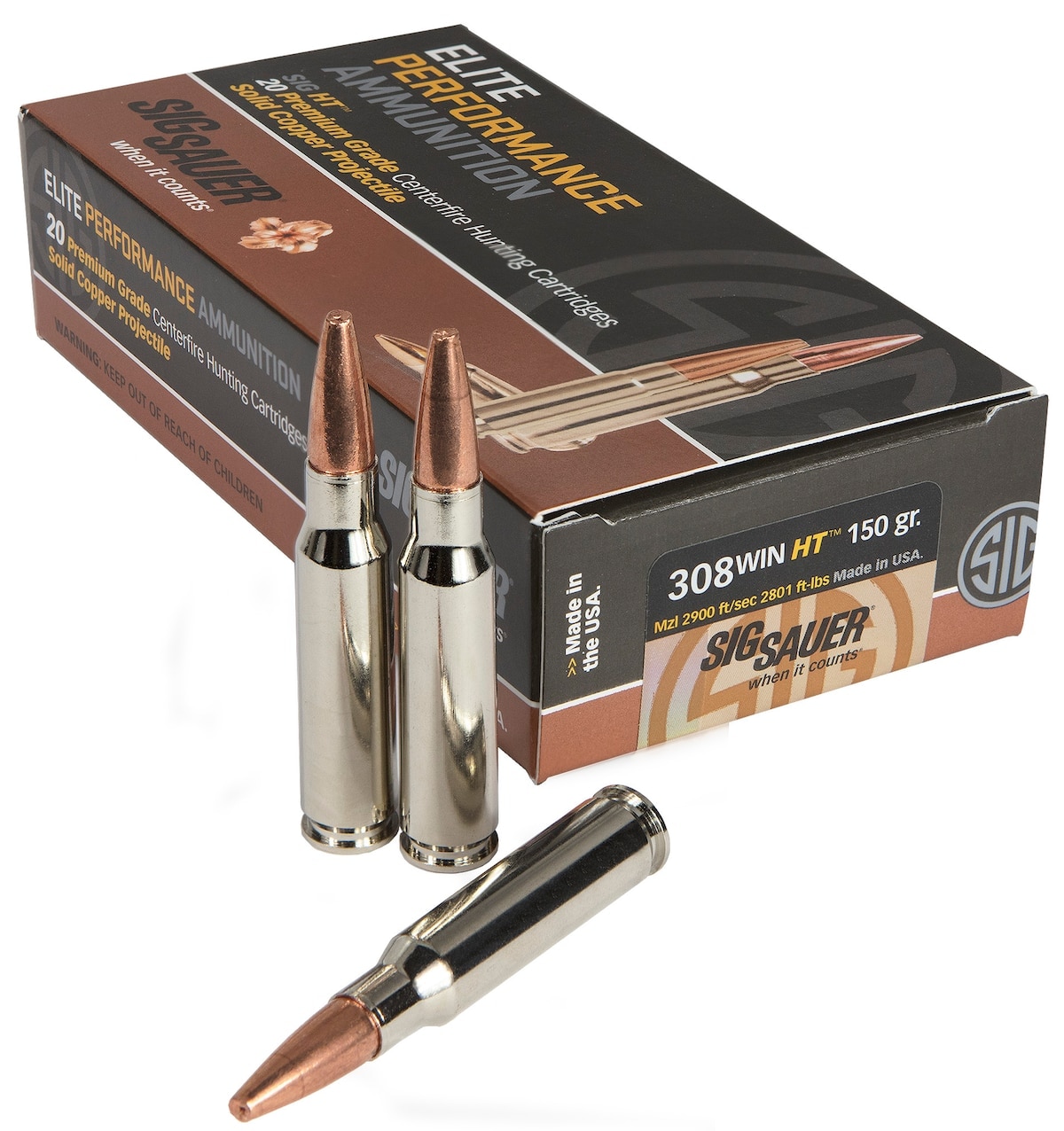 Sig Sauer already offers the HT hunting line in .300 BLK but will soon expand the caliber options to include .308 Win. (Photo: Sig Sauer)

The ammo features an all-copper bullet that provides deep penetration with maximum terminal ballistic performance for a variety of game. The 150 grain 308 offers a muzzle velocity of 2,900 feet per second and muzzle energy of 2,801-foot pounds.

Sig’s HT cartridges are constructed with premium nickel-plated shell cases and feature a flash-reduced propellant to minimize visible signature while shooting in low-light. The company says it uses only premium quality primers that minimize variations in velocity, making the ammunition reliable and accurate.

“Sig HT ammunition is extremely effective in the field,” said Dan Powers, President of the Sig Sauer Ammunition Division.  “Retailers and their customers are asking for additional calibers in this lead-free, all-copper hunting round, and we will continue to expand the line to meet even more hunters’ needs.”

All Elite Performance Ammunition by Sig Sauer is manufactured in the U.S. by the company using the same standards as its premium pistols and rifles.

No word yet on when the new caliber offering will hit store shelves or at what price point; however, for comparison, the company’s .300 BLK HT ammunition currently retails for $28.50 for a 20-round box.