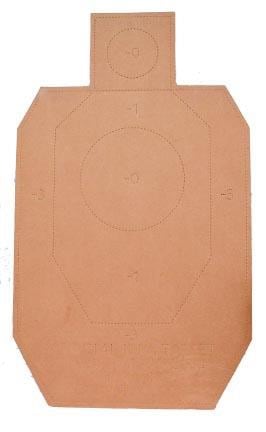 The association changed targets in 2017 in order to push competitors toward greater precision in certain competition stages. The new targets produced by Comp-Tac meet the new regulations offering a tighter and tougher scoring ring head box.

The targets will feature the same 6-inch head box but come equipped with a 4-inch circle within that space for shooters to aim. Shots inside the circle register as a hit, while shots landing on the box but outside the circle will now add one second per miss. IDPA competitions are based on scoring high on cardboard silhouette targets while keeping overall shooting times low.

In order to eliminate the need for ranges to DIY 4-inch circles on older targets, Comp-Tac introduced the new line of IDPA approved targets with the tougher scoring ring head box already printed on the cardboard.

While ranges can continue to use older targets for practice, come September, all IDPA matches must move to the new Comp-Tac targets.