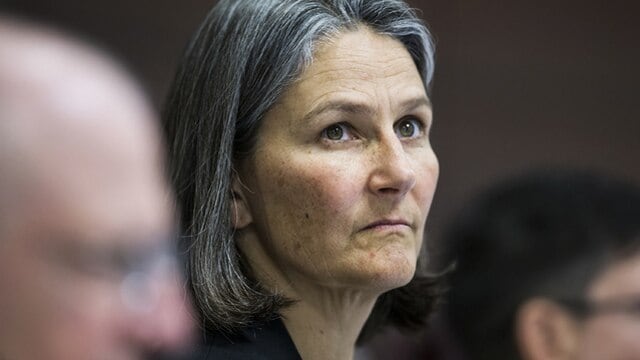 Sen. Julia Ratti, D-Sparks, sponsored Senate Bill 387 as “one of the most important bills this session” and “a common sense public safety measure” of last resort.

“When we have folks who are in crisis and have access to weapons, we have terrible, terrible outcomes,” she said Wednesday while testifying before the Senate Judiciary Committee about the proposal. “It gives law enforcement another arrow in their quiver. It’s a tool that will be used when all other tools have been exhausted.”

Specifically, Ratti’s legislation allows family or other household members to report high risk individuals to law enforcement, who can then seek a court order to remove the individual’s firearms temporarily. The bill defines a high-risk individual as someone who owns a firearm, poses a danger to themselves or others and has threatened violence within the preceding six months or behaved violently. Once a court issues the protective order, a hearing will be scheduled within 21 days. In the meantime, law enforcement can seize the person’s firearms and ammunition, but must return the items 14 days after the protective order expires.

Courts can issue three different types of protective orders under the proposal: emergency, ex parte and extended — the latter of which could strip a person’s gun rights for up to a year.

“The bottom line for me is too many families are coping with too many tragedies and in a very narrow few cases where the current law enforcement and judicial system doesn’t provide tools, this bill could save a life,” Ratti said.

Critics argue the bill lacks clarity and ignores the constitutional rights of those deemed high risk individuals by punishing them before a crime has even occurred.

“This is a pretty significant assault on Second Amendment rights with very little due process,” said Senate Minority Leader Michael Roberson, R-Henderson, during the committee hearing Tuesday. “To me, this is a pre-crime bill.”

Roberson argued the broad definitions within the bill stand in stark contrast to Ratti’s intent to only implement the process in a narrow set of circumstances.

“Are we now opening this up to distant relatives?” he asked. “Who are we talking about who can bring an application for protective order?”

The bill defines family or household members as a person “related by blood, marriage or adoption; has a child in common; has resided with the high-risk individual within the last year; is the individual’s domestic partner; or is the individual’s step parent, step child, grandparent, grandchild or legal guardian.”

“I think in that case the bill does speak for itself,” Ratti said. “What we are recognizing here in our modern society that families look much different than they have in the past. What we are trying to get to here is someone who knows the individual well.”

Roberson also took issue with the bill’s reference to a high-risk individual’s history of violence in the six months before the protective order.

Ratti assured Roberson the bill’s language would undergo more tightening before the committee’s next work session, promising to include the input of the state’s public defenders group and the National Rifle Association.