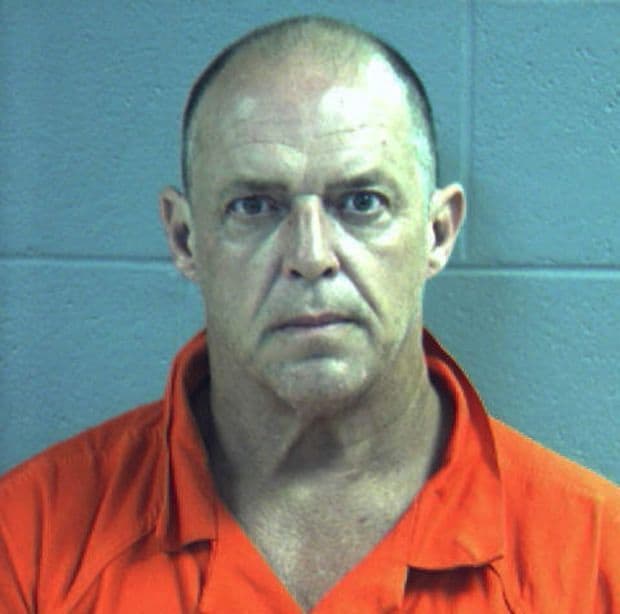 Will Hayden was found guilty and faces life in prison for the rape of two girls. (Photo: LPSO)

The Louisiana jury took only an hour to deliberate before finding Hayden, 51, guilty of two counts of aggravated rape and one count of forcible rape. Hayden’s sentencing is scheduled for May 11, however, aggravated rape carries a mandatory life sentence.

The Advocate reported that Hayden’s victims, a 15-year-old girl and a 37-year-old woman, cried and hugged inside the Baton Rouge courtroom as the verdicts were announced.

Prosecutor Sonya Cardia-Porter called Hayden “a master manipulator” who lied to the jury in a “pretty well rehearsed” performance.

“That show is acting, and he acted on that (witness) stand like he acted on that show,” Cardia-Porter argued, referencing Hayden’s time on the Discovery Channel reality series “Sons of Guns.”

The Discovery Channel cancelled the show in 2014 amid his legal woes. In addition Red Jacket Firearms LLC, owned by Hayden and the focal point of “Sons of Guns,” publicly announced its separation from him after details of the rapes began to emerge.

Hayden denied the rape allegations when he testified Thursday during the trial.

Hayden is scheduled to appear before the judge in May to receive the official sentence, but it won’t be his last appearance in the courtroom. The former TV star faces separate rape charges in Livingston Parish, including an aggravated rape count involving the 15-year-old girl and a sex crime involving his oldest daughter and former “Sons of Guns” co-star Stephanie Hayden. That trial is scheduled for July.