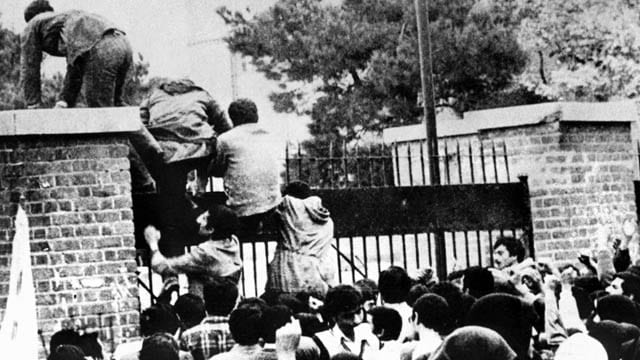 Students in Iran climb over the wall of the U.S. Embassy in Tehran on Nov. 4, 1979, in what became the beginning of the Iran hostage crisis. (Photo: Getty Images)

The Department of Justice announced Thursday that more than $800 million in payments have been made to thousands of victims of international acts of terrorism, with more payouts to come.

So far, 2,332 people have applied for the funds, many of whom have been waiting decades for compensation. Claimants include the 52 Iran hostages held from 1979 to 1981 and their spouses and children, victims of the embassy bombings in Kenya and Tanzania, the attack on the U.S.S. Cole, and other international terrorist incidents, according to a Department of Justice news release.

The Victims of State Sponsored Terrorism Fund was established by Congress in 2015 and uses forfeited funds from civil and criminal proceedings involving prohibited transactions with state sponsors of terrorism. The fund is administered by the Money Laundering and Asset Recovery Section in the DOJ’s Criminal Division.

“The Criminal Division aggressively prosecutes terrorist financiers and others who abuse the U.S. financial system to commit crimes, and uses all available tools, including civil and criminal forfeiture, to seize their assets and illicit funds,” said Acting Assistant Attorney General Kenneth Blanco. “Through this program, we will continue to be resolute in our commitment to victims of state sponsored terrorism and aggressively search for illicit funds and assets to compensate them for their losses.”

Congress initially provided $1.025 billion to the fund, but recent Justice Department prosecutions have seen that number climb to more than $1.1 billion.

“There is much more work to do, but our efforts for the coming year will be directed at calculating eligible award amounts in accordance with the statutory limitations and continuing our work to provide compensation for those harmed by acts of state-sponsored terrorism,” said Special Master Kenneth R. Feinberg, the man tasked with administering the fund, earlier this year.

Those already authorized to receive payments were notified on Feb. 10. Other eligible claimants can still apply.