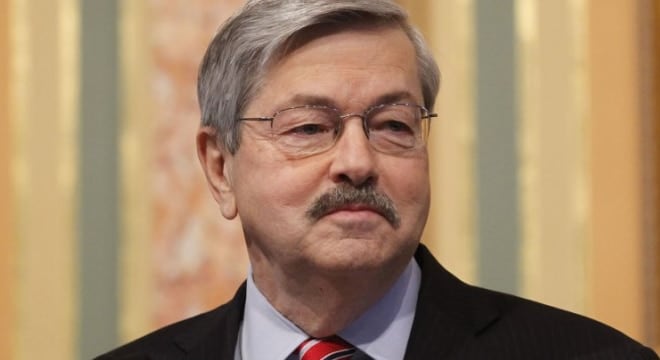 An omnibus firearms reform bill including “stand your ground” changes to Iowa law received final passage from the House Thursday and is headed to the governor’s desk.

The measure, HF 517, would strike the duty to retreat from the use of force guidelines in Iowa while bringing a host of other changes to the state’s firearms laws. It passed the Senate earlier this week 33-17 and the House concurred with that body’s changes 57-36 on April 6.

“Iowans deserve their freedoms back,” said bill sponsor Rep. Matt Windschitl before the final House vote. “They deserve their liberties back. And while this is not everything that me personally would like to see advance here today, it is the most monumental piece of Second Amendment legislation this state has ever seen.”

The advancing measure removes the duty to retreat currently enshrined in Iowa’s self-defense statutes on the use of reasonable or deadly force. This so-called “stand your ground” model has been adopted in many conservative states with Florida passing the first of its kind in 2005. Critics contend stand your ground laws turn states into the Wild West. Supporters argue that when used as intended, they keep innocent people from going to jail on murder charges in cases of self-defense.

Next, the legislation would place gun permit holder information out of bounds from public and Freedom of Information Act requests. Currently, anyone can get the name, address and birth date of concealed carry permit holders.

In addition to the use of force and privacy sections of the bill, the proposal also includes mandates to loosen regulations on youth handgun possession for target shooting and hunting reasons provided they are given the firearm by a parent, instructor or guardian. Current laws limit this practice to youth 14 and over.

Finally, the legislation would strike gun free zones at the state capitol, expand Fourth Amendment search and seizure protections for those carrying firearms, strike the state ban on short barreled rifles and shotguns, and prevent officials from restricting the carry of firearms during a state of emergency.

A joint statement by Moms Demand Action and Everytown contends states that pass stand your ground laws see increases in homicide rates and “These laws also have a disproportionate effect on communities of color.”

“Without exaggeration, HF517 is the most monumental and sweeping piece of gun legislation in Iowa’s 171-year history,” IFC president Barry Snell told Guns.com Friday. “Never before have Iowans’ Second Amendment rights been legally recognized, reclaimed, and protected as profoundly as they have been with this bill.”

Snell said that HF517 represents what, under the circumstances prior to last November’s election, would have taken a decade or more to accomplish, “Yet in one stroke of the governor’s pen, the many issues in this bill become law and take Iowa from the bottom of the heap with respect to gun rights, to somewhere among the top.”

The bill now moves to Gov. Terry Branstad’s desk for consideration and Snell feels confident the Republican will sign the measure sometime next week.