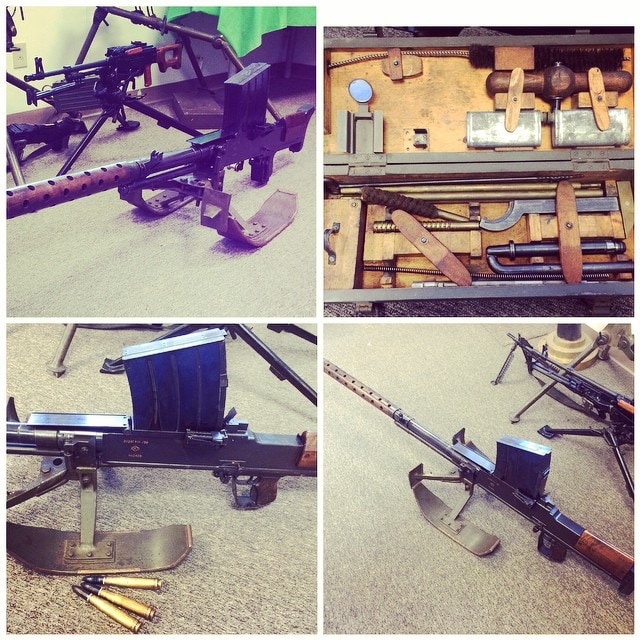 Mann listed the Lahti for sale on social media for $10,000 with a matching toolkit, four magazines and 10 rounds of 20mm ammunition (Photo: The Rifleman)

A jury in federal court last week found a Georgia man guilty of illegal possession of a destructive device after federal agents found him with an anti-tank gun that was not registered to him.

Found guilty was Mark Mann, who operated The Riflemann, self-billed as “Middle Georgia’s largest specialty arms dealer,” based in Macon, for possession of a Lahti L39 anti-tank gun that he was attempting to sell even though it had not been registered to him in compliance with National Firearms Act regulations.

According to court documents, on February 20, 2013, the Bureau of Alcohol, Tobacco, Firearms and Explosives conducted a compliance inspection of Mann’s shop and found what they believed to be several criminal violations including possession of numerous NFA items that were not registered to him. These included a select-fire Mini-14 and an M2 Browning .50 caliber machine gun. This resulted in the agency conducting a search warrant on The Riflemann the next month during which they discovered numerous NFA firearms were illegally transferred by the shop.

Then in November 2014, a Michigan gun owner contacted the ATF to tell them Mann’s shop manager, Henry McGirt, drove there to purchase the Lahti for $4,000 in cash and two checks totaling $5,500. The problem was that the checks had bounced after the manager left with the gun, deemed a destructive device under NFA guidelines as its bore– 20mm– was higher than .50 caliber. No NFA transfer paperwork was submitted for the gun.

Mann listed the Lahti for sale on social media for $10,000 with a matching toolkit, four magazines and 10 rounds of 20mm ammunition. With the gun listed as “stolen” in the NFA’s registry due to the phone call from the Michigan owner, an undercover ATF agent visited Mann’s shop and found the gun on display, leading to a follow-up search warrant where the gun was seized in December 2014.

In March, McGirt, charged for his part in the case along with Mann last May, accepted a plea agreement for making false entries in the store’s records and faces up to one year in prison and a $250,000 fine.

Mann, expected to be sentenced in June, faces a maximum penalty of ten years’ imprisonment, a $250,000 fine, or both.

“A Federal Firearms Licensee, such as Mark Mann, is someone who is trusted to know and follow the law regarding firearms, especially when dealing with dangerous instrumentalities such as this weapon, an anti-tank rifle, which is far more powerful and capable of far more destruction than weapons available to the general public,” said U.S. Attorney G.F. Peterman, III, in a statement. “Mr. Mann chose to violate that trust and now must bear the responsibility for that choice.”

The L39 was designed by Aimo Lahti, the Thomas Edison of Finnish gun engineers, and is a109-pound semi-automatic rifle built around the largest 20mm shell the in existence in 1939. Using the Swiss 20x138mmB Solothurn Long cartridge, the gun was readily capable of piercing 20mm of armor at 100-meters and 16mm out to 500 meters with enough energy to put most of the Soviet tanks of the era on the menu.