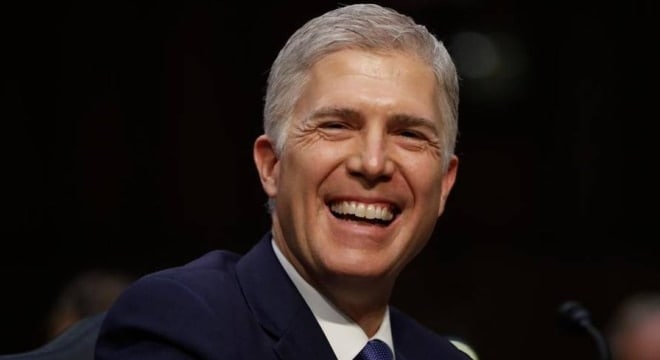 In the end, 54 Senators gave the jurist a thumb’s up, including all the chamber’s present Republicans and three Democrats from states where President Trump won in last November’s general election — Joe Donnelly of Indiana, Heidi Heitkamp of North Dakota and Joe Manchin of West Virginia.

“It didn’t have to be this way. But today is a new day. I hope my Democratic friends will take this moment to reflect and, perhaps, consider a turning point in their outlook going forward,” McConnell said in a statement. “The Senate has a number of important issues to consider in the coming months. Each Member, if he or she chooses, can play a critical part in that process.”

A group of 61 lawmakers in the Senate — including several Republicans from deep red states — penned a letter to McConnell urging that the 60-vote threshold for legislation be maintained.

Pending confirmation oaths expected Monday, Gorsuch, at 49 the youngest justice appointed since 1990, will join the court immediately as its 113th justice and restore the 5-4 conservative balance to the bench lost when Scalia died last February. As such he will likely be on hand when the justices meet on April 13 for their routine closed-door conference which will include deciding whether to hear several pending hot-button cases including the Peruta “may-issue” concealed carry challenge from California.

“Anyone concerned about public safety in America should be concerned that today the Senate voted to confirm Neil Gorsuch to the Supreme Court,” said Robyn Thomas, executive director of the Law Center to Prevent Gun Violence. “More than once in his time on the Tenth Circuit, Gorsuch voted to weaken the federal law that has prohibited felons from possessing guns for the past 50 years, a law that has saved thousands of lives and enjoys near-unanimous support among Americans and elected officials on both sides of the aisle.”

Congratulations to an exceptionally qualified and respected judge on his confirmation to the Supreme Court! #SCOTUS https://t.co/itTom467MT