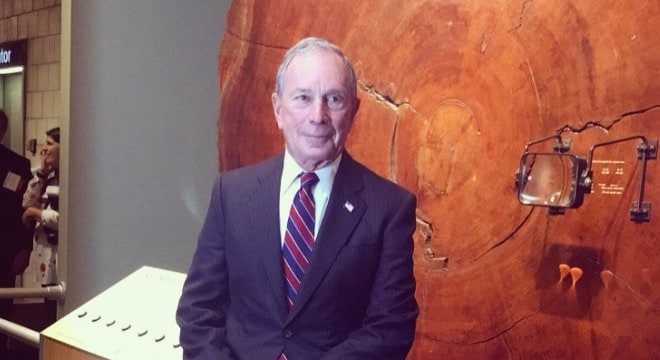 Everytown for Gun Safety announced Monday it is digging deep and are starting the 2018 election cycle with special attention paid to defeating nationwide concealed carry recognition.

Heralded in an interview by Everytown President John Feinblatt in Politico and a follow-up statement, the gun control organs funded in large part by former New York Mayor Michael Bloomberg are going on a $25 million offensive when it comes to concealed carry reciprocity.

“This is a line in the sand on this issue, there’s no question about it. The NRA wants to normalize carrying guns in public. It’s not where the American public is,” said Feinblatt, noting the group is scoring how lawmakers chose sides on the pending legislation. “We’re putting people on notice today that we’re watching … and that we expect to hold people accountable.”

Two Republican-backed measures are afoot on Capitol Hill that aim to allow those eligible to possess a firearm to have a concealed handgun in any state that allows individuals to carry a pistol or revolver. U.S. Rep. Richard Hudson, R-NC, is backing H.R. 38 in the House with 187 co-sponsors while Texas Republican U.S. Sen. John Cornyn’s S.446 has 36 lawmakers signed on.

While Senate leadership last week lowered the threshold to a simple majority vote to confirm Judge Neil Gorsuch to the U.S. Supreme Court, it doesn’t apply to legislation and picking up 60 votes in that chamber to pass Cornyn’s bill would require several Dems to cross the aisle and vote with the GOP.

Everytown is hoping to shore up opposition early. “To be clear, this chaotic and dangerous policy would not create a national standard for who can carry guns in public across our country,” Everytown said. “In fact, it would do nothing to help prevent gun violence.”

The group said it is activating members in all 50-states to “hold their elected officials accountable – and investing financially in this long-term battle all the way through to the 2018 elections and beyond.”

One talking point Everytown is taking credit for is the narrow defeat last November of incumbent U.S. Sen. Kelly Ayotte, a first-term New Hampshire Republican who fought a close campaign against the state’s Democratic Gov. Maggie Hassan. Ayotte lost by 716 votes or a difference of approximately 0.1 percent of the vote.

According to the Center for Responsive Politics, Everytown spent $2.9 million in the two-year 2016 federal election cycle while the Independence USA PAC, funded exclusively by Bloomberg, dropped $21.7 million including over $6 million against Ayotte alone.

In comparison, the NRA coughed up $52.9 million in outside spending during the same period including over $30 million on the presidential election– a focal point of their campaign. The pro-gun group only contributed $114,420 to the Hassan/Ayotte race.

Not included in this figure are additional millions in expenditures made for and against a myriad of state-level races and voter referendums the two sides locked horns over.

Both reciprocity bills are in their respective Judiciary committees pending hearings.