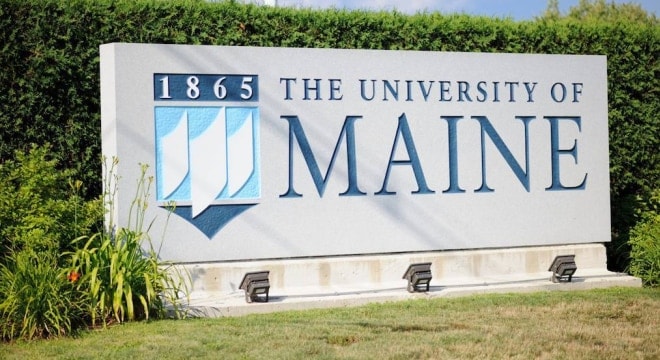 The University of Maine requires all firearms and ammunition brought on campus to be stored at the UM Police Department (Photo: SShepard)

A bill introduced this week in the Maine Legislature would see some gun-free zones dropped on public college and university campuses.

The measure, HB 949/LD 1370, backed by state Rep. Richard M. Cebra, R-Naples, and co-sponsored by Sen. Eric Brakey, R-Androscoggin, would allow for lawful concealed carry on campus in all but residential areas and at some public venues.

“Gun-free zones, also known as Disarmed Victim Zones, have been shown time and time again to be magnets for bad people to do bad things to good people,” said Cebra, as reported by the USM Free Press.

Cebra’s legislation in its current form would remove gun-free zones throughout the University of Maine System, Maine Community College System and Maine Maritime Academy for those legally carrying a handgun. Exceptions would remain in place for student dorms and residence halls, as well as buildings used for public entertainment, provided they are clearly marked.

Currently, the schools regulate where and how guns are brought on campus.

The University of Maine requires all firearms and ammunition to be logged and stored at the UM Police Department though they can be brought on campus” for instructional purposes and in other special circumstances” approved in advance. At the Maine Maritime Academy, all weapons must be stored in the Academy Armory and are not permitted in residential buildings. The policy of the Maine Community College System states that no person except law enforcement officials may possess a firearm on campus including residence halls and motor vehicles parked on college property.

However, some are in early opposition to repealing gun-free zones. Lorry Fleming, with the Maine chapter of Moms Demand Action, has a son attending UM and feels the move is wrong.

“Bringing loaded weapons into an environment that involves impulsive behavior, stress, depression and anxiety, along with risky behavior and party culture, is not only frightening, but foolish,” said Fleming in a statement. “Students like my son shouldn’t have to worry about guns in classrooms and at off-campus housing. Our university system is overwhelmingly safe.”

“Those predictions never come true,” Newbern told Guns.com on Tuesday. “That’s why legislators are moving across the country to restore the right to carry concealed handguns for self-defense on college campuses.”

So far this year, lawmakers in Arkansas and Georgia have approved campus carry expansions for public institutions. Gov. Asa Hutchinson signed the Arkansas bill into law last month and it is set to take effect in September while Georgia’s is awaiting action from Gov. Nathan Deal who vetoed similar legislation in the past.

The Maine bill is awaiting assignment.