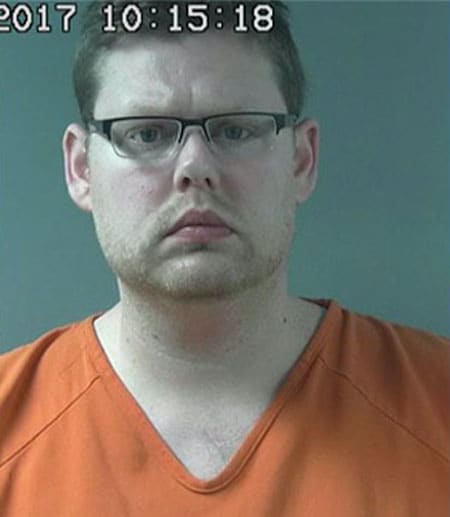 An incident between a couple at a Bloomington, Indiana, daycare last week landed a man facing felony charges after he fired a handgun outside of the facility.

Authorities say Michael Montgomery, 35, went to Kids Angels where his estranged wife works around 3:30 p.m. Thursday and, without saying a word, placed a box containing the couple’s wedding rings and divorce papers on a banister, looked right at his wife, then turned and walked away.

Just outside of the facility, however, Montgomery fired a single shot from a handgun. There were no injuries or reported damages.

Investigators recovered a single spent 9 mm casing but found no signs of damage to the building, the parking lot, or any of the vehicles. Bloomington Police Department Capt. Steve Kellams said they do not believe the children at the daycare were ever in any direct danger.

After Montgomery’s wife had called the police, officers surrounded his home and made several unsuccessful attempts to contact him by phone. Montgomery eventually came to the front door and surrendered peacefully without incident. Kellams said Montgomery complied with officers’ commands.

Montgomery was arrested and charged with a felony count of criminal recklessness. While executing a search warrant, officers recovered 16 firearms from his home.