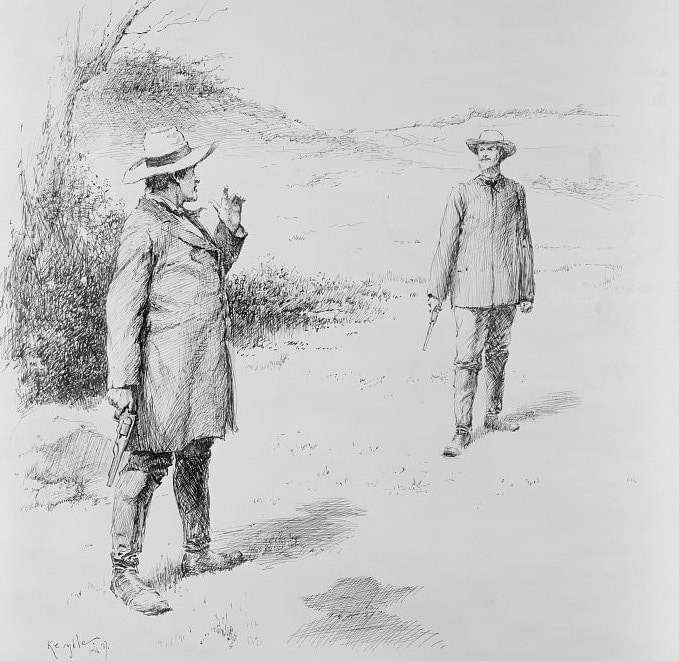 The Oregon Senate Committee On Rules held a hearing last week devoted, in part, to removing language relating to duels from the state constitution.

The measure, SJR 44, would amend the Oregon Constitution to remove language prohibiting those who have given or accepted a challenge to a duel from holding public office. The clause was written into the document in 1845– predating Oregon’s statehood– and has endured to prevent Aaron Burr-style political shoot-offs.

Now, supporters of the bill say the language should be stricken as being obsolete.

“Dueling used to be legal. In fact, there really is no prohibition today for it being illegal,” testified Republican state Sen. Brian Boquest, the measure’s sponsor before arguing it is one of more than 20 portions of the state constitution that are no longer used. “The dueling clause in the constitution is one of those.”

As amending the constitution has to have the approval of voters, to be successful the dueling repeal would have to be approved by the legislature before showing up on a statewide general election ballot. A fiscal impact statement prepared by legislative offices held that there would be an unknown cost to taxpayers to print a voters’ information pamphlet as well as to add it to the ballot. This brought some opposition from those who feel the move is a waste of lawmakers’ time as well as public treasure.

David Delk, submitting testimony for the Oregon Progressive Party, argued that besides removing a “disincentive to dueling among Oregonians,” it would come at the “cost of processing and printing this resolution on millions of ballot and processing the results.”

The measure is still in committee.