3 arrested after stealing gun, trying to sell it back to owner 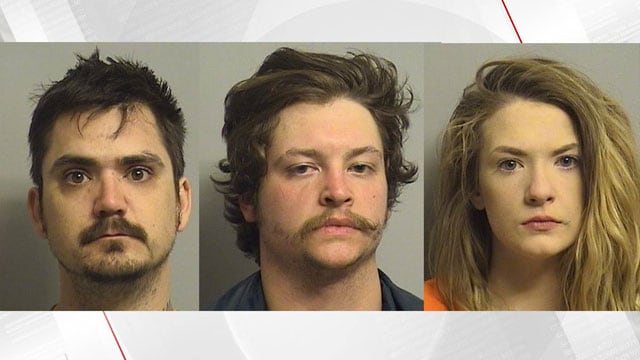 Three people were arrested in Tulsa last month after they stole an Airsoft gun, only to try to sell it back to the original owner later the same day.

Autumn Dommert, 21, Caleb Dommert, 24, and Joey Duncan, 29, were all arrested for knowingly concealing stolen property and other charges.

Police say the trio stole several items, including an Airsoft gun, from a vehicle on Wednesday, March 29. Later that afternoon, the suspects then took the gun to Airsoft Tulsa where they tried to sell it. But the employee at the store recognized the gun as the one that was stolen from him earlier in the day and called the police.

A search of the suspects and the vehicle they were driving turned up the rest of the property stolen from the shop employee’s car, as well as a .380-caliber handgun, a .45-caliber pistol, marijuana, and methamphetamine.