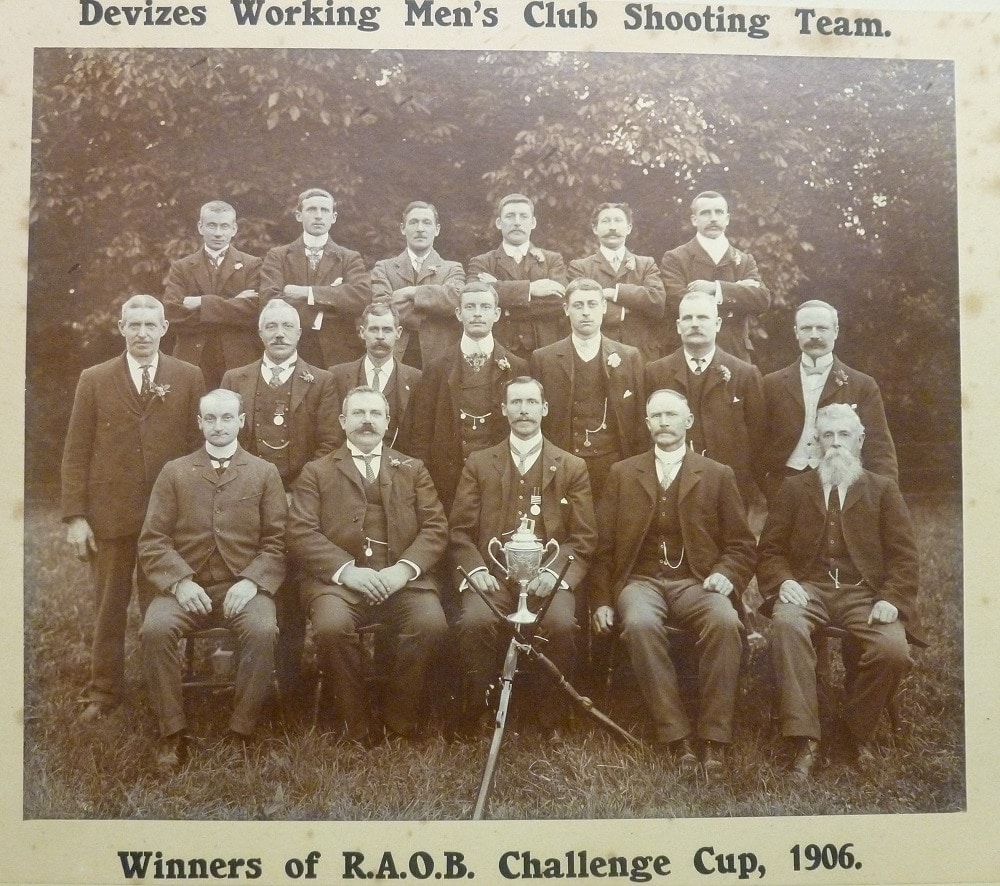 The Devizes Working Men’s Club Shooting Team swept their league in 1906 with a trio of Colt .22s. (Photos: Adrian W.)

Hidden inside an 111-year-old photo of a very well dressed group of “working men” from a small market town in England are a trio of Colt pump action rifles and a trophy cup that is still around today.

Adrian W., a Guns.com reader from across the pond, wrote in regarding a 2014 piece on the classic Colt Lightning pump action rifle and offered up his town’s connection with the reliable carbine. The handy pump-gun– the product of a dentist– in its lightest variant held 15 .22 rimfire rounds and weighed just six pounds, making it an ideal gallery and target rifle of its day. 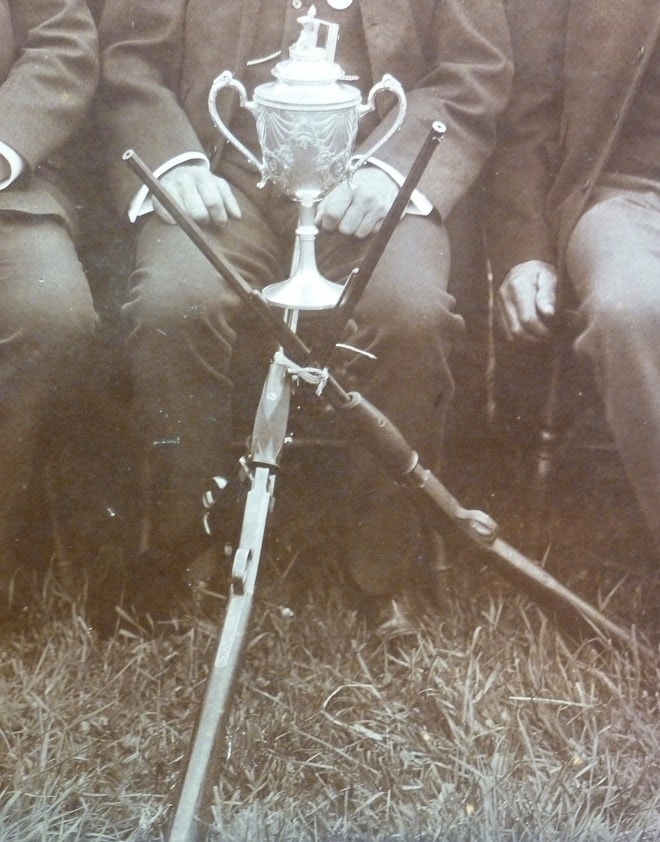 So ideal, in fact, that Adrian, a longtime resident and local historian of Devizes, a small town in the rural south of England, stumbled across a striking image of the local “Working Men’s Club Shooting Team” posed after a tournament win with a handsome trophy cup and three Colt rifles.

Peering from across time, the stern yet pleased assemblage of gentlemen ranging from the junior to the ancient all show the clear eyes of steady marksmen capable of putting lead on target as required with judicious ability. Clad almost universally in three-piece suits consisting of a sack coat with matching vest or waistcoat, most are dutifully mustachioed and equipped with a pocket watch– part of the essential EDC of the time.

The group competed in a league founded the same year by one Staff Sergeant Gregg of the Royal Army Medical Corps and bested four other teams to become its first champions– as shown in the group photo. At the time the country was between wars– Boer and Great– and a concerted effort was underway to brush up on civilian marksmanship training.

Adrian advises the very same 1906 RAOB Challenge Cup is still around (“but not the Lightnings, I’m afraid”) and in 1937 was handed down to the current Devizes and District Miniature Rifle League who maintain the former shooting team’s lineage.

According to one 2012 media report from the area, a few clubs still compete in pubs and villages where they fire “.22 rimfire rifles down a metal tube at a steel plate with a small hole in it not much bigger than the bullet. If the bullet went through it caused a bell to ring.’’

Adrian reports that it is something of a dying sport.

“Shooting has declined so tragically in this Country due to our politically correct luvvies that have banned most guns and made it very difficult to keep or use what we have left,” he writes. “If I could have my time over again I would have sought citizenship in the USA in the early 1970’s when I left school!”

He has the cup, and the photo with the marksmen and their Colts, on his sideboard. 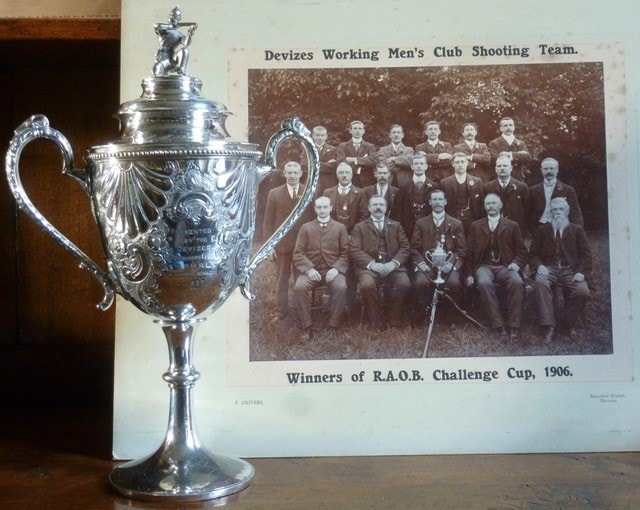