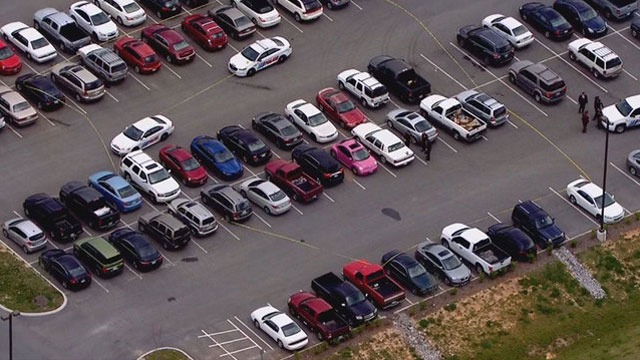 The shooting occurred in the parking lot of the Ficosa plant in Cookeville, Tennessee. (Photo: News Channel 5)

In what authorities are characterizing as a domestic-related incident, three people were shot – one fatally from a self-inflicted wound – at a factory in Cookeville, Tennessee, Tuesday morning.

Police confirmed that the victims were targeted, the shooting was an isolated incident, and the scene is secure with no ongoing threat to the community.

Preliminary reports indicate Deplae, armed with a revolver, went to the Ficosa plant around 10:30 a.m., where Stults and Crowley are both employed. Witnesses say Deplae found Stults and Crowley sitting together in a vehicle in the parking lot, then opened the driver’s side door and shot them both. Deplae then walked around to the front of the vehicle and turned the gun on herself.

When officers arrived on the scene, they found all three in the parking lot. Deplae was pronounced dead, while Stults and Crowley were rushed to separate hospitals. As of late Tuesday, Stults and Crowley both remained in critical condition.

Authorities determined Stults and Deplae had been in a domestic relationship, although it’s unclear if they were still in a relationship at the time of the shooting or what was the nature of the relationship between Stults and Crowley.

The Ficosa plant, which is located just off Interstate 40 and manufactures rearview mirrors for vehicles, employs several hundred people. According to local reports, Stults and Crowley were both employees at the plant, but it’s unclear if Deplae was as well.

“We were devastated to hear of the tragic event that occurred outside our facility in Cookeville today,” Executive VP of Ficosa North America Fred Zicard said in a statement. “The incident is currently under investigation and we’re cooperating fully with the local police department. The safety of our employees is our highest priority at all times and our thoughts and prayers are with those who are impacted by the tragedy.”