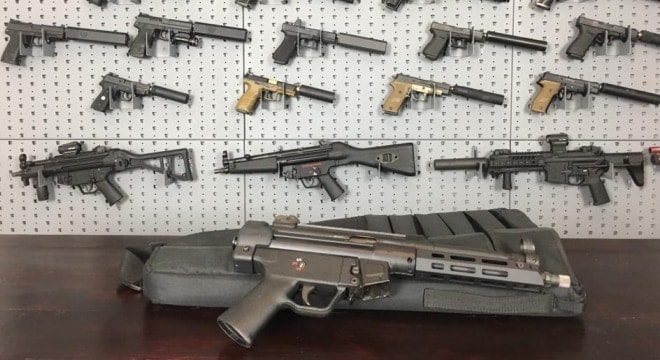 The Bureau of Alcohol, Tobacco, Firearms, and Explosives has split its National Firearms Act branch into a separate division in hopes of providing more oversight and efficiency.

The new NFA Division will consist of an Industry Processing Branch, focusing on processing forms from the private sector, and a Government Support Branch centered on law enforcement.

The IPB will see the regulatory body dedicate an entire branch to handling the processing of consumer-directed documents including Form 1 and Form 4 applications for the making and transfer of NFA items such as suppressors, and short-barreled rifles and shotguns.

Dillon McConnell, a public affairs specialist with the ATF, told Guns.com the agency has increased the number of Legal Instruments Examiners — specialists who process these forms — from nine in 2012 to 27 today to address “unprecedented” volumes of NFA applications. The new branch will also strive to leverage “technology enhancements” moving forward.

As illustrated by statistics maintained by the ATF, over the decade between 2004 -2014 the number of NFA forms processed ballooned sevenfold from 193,224 to 1,370,344. This has also led to increasingly long waits. According to information compiled by NFA Tracker, who survey Form 1 and Form 4 application processes, the average wait time from purchase to tax stamp received ranges between 180-270 days.

Suppressor industry advocates welcomed the news, but feel more can be done.

“Regardless of the reasons, the current wait times for NFA applications are inexcusable,” Knox Williams, president and executive director of the American Suppressor Association, told Guns.com. “The restructuring of the new NFA Division is a clear indicator to us that the ATF is doing the best it can to address the situation, but their hands are largely tied. We applaud them for their efforts, and will do everything in our power to assist and enhance their ability to more efficiently process forms.”

Williams contends one fast cure to the long waits is for legislative correction by removing suppressors from NFA regulation and treating them like regular firearms.

In an 11-page internal document penned by the ATF’s associate deputy director and chief operating officer Ronald B. Turk earlier this year, keeping suppressors chained to tax stamps and NFA forms was identified as a known bottleneck.

“Since silencers account for the vast majority of NFA applications, the most direct way to reduce processing times is to reduce the number of silencer applications,” Turk stated. “In light of the expanding demand and acceptance of silencers, however, that volume is unlikely to diminish unless they are removed from the NFA.”

Williams agrees. “At the end of the day though, it’s important to note that they are still working with an 83-year-old processing system that won’t be fully fixed until major reform like the Hearing Protection Act is passed,” he said.

The second arm of the newly separate NFA Division will be more centered on industry affairs such as processing Special Occupation Tax applications for those importing, manufacturing or dealing in NFA items. The group will also handle the paperwork associated with NFA items used by law-enforcement and government entities such as Form 10s and 479.33 exemptions as well as process Freedom of Information Act requests for the division.

Larry Keane, the National Shooting Sports Foundation’s senior vice president and general counsel, told Guns.com he hopes the move leads to a better experience for all involved. “We hope it will help to enhance and further streamline ATF’s customer service to industry,” he said.