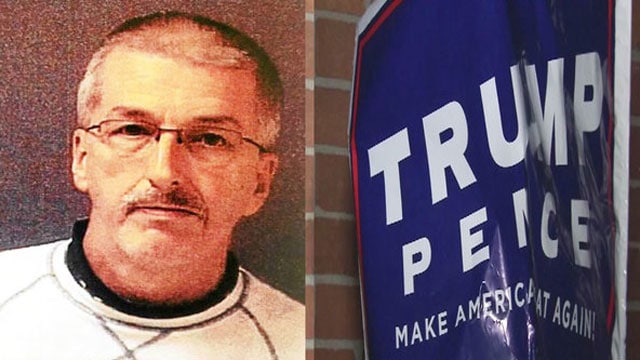 A 56-year-old man who pulled a gun on six kids who he believed destroyed a Trump sign outside of his home in Allen Park, Michigan, in October was given probation this week.

Michael Kubek was originally charged with six counts of assault with a dangerous weapon and one count of felony firearm, but the charges were reduced after he pleaded guilty.

Kubek admitted to pulling a gun on the kids, ages 12 to 14 years old, but said he was only trying to scare them and that the gun was never loaded. Responding officers confirmed that, just as Kubek said, the gun was not loaded.

The kids told authorities Kubek accused them of damaging a sign in his yard, pulled the gun on them, then told them to sit down and wait for the police to arrive. When officer’s got to Kubek’s home, the kids were sitting in the grass while Kubek was standing over them, yelling and cursing at them.

It’s still unknown whether the kids Kubek held at gunpoint were the ones responsible for destroying the sign, but neighbors previously said they had problems with young kids in the neighborhood destroying property.