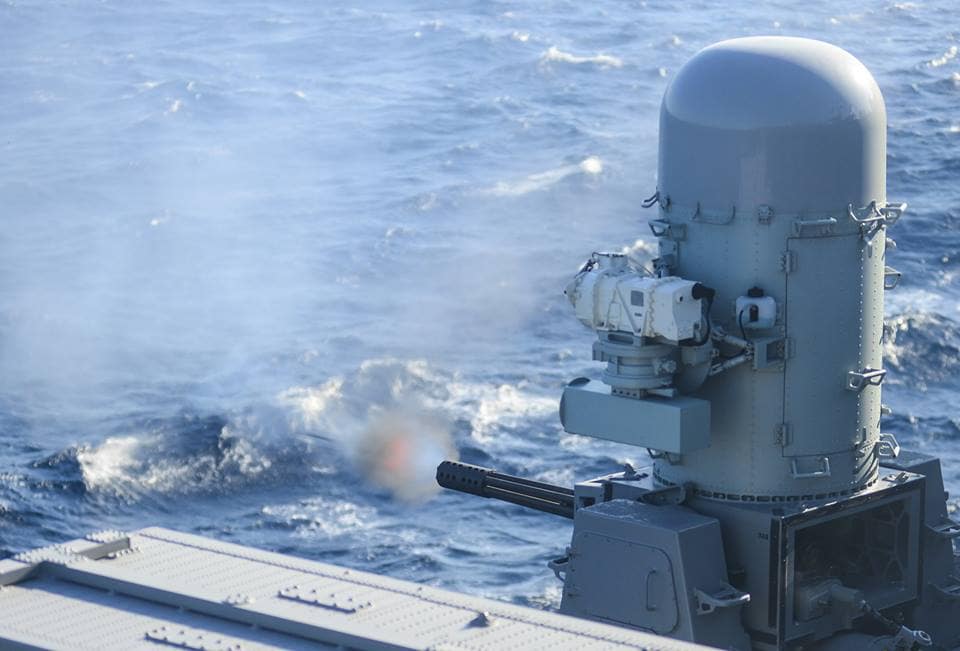 CIWS is capable of firing 4,500 rounds per minute, but a new development may offer alternatives (Photo: Raytheon)

Designed in the 1970s and with some 890 mounts currently in circulation the CIWS (“sea whiz”) couples an M61A1 20 mm Gatling gun capable of firing 4,500 rounds per minute with onboard target acquisition and fire control in one unit. While the system has been continually updated, it remains hamstrung by the fact that it only holds about 20 seconds worth of ammunition on the mount and reloading, as any Gunners Mate will tell you, is not done in a snap.

Raytheon, however, announced last week that an upgrade now underway can allow users to select different rates of fire while also increasing reliability and lowering maintenance. Also, due to the fact the upgrade replaces a pneumatic motor, compressor and storage tanks, it trims the mount’s weight by 180 pounds.

“Phalanx is a weapon of last resort and the electric gun’s larger magazine will allow the U.S. and its allies to stay in the fight longer,” said Rick McDonnell, director of Raytheon’s Close-In Defense Solutions program, in a statement.

CIWS is pretty popular and has more than a few offshoots including its land-based brother C-RAM (Counter Rocket, Artillery, and Mortar) and its missile-equipped cousin SeaRAM.

But we know you came here because you wanted some gratuitous 20mm action, so here you go.