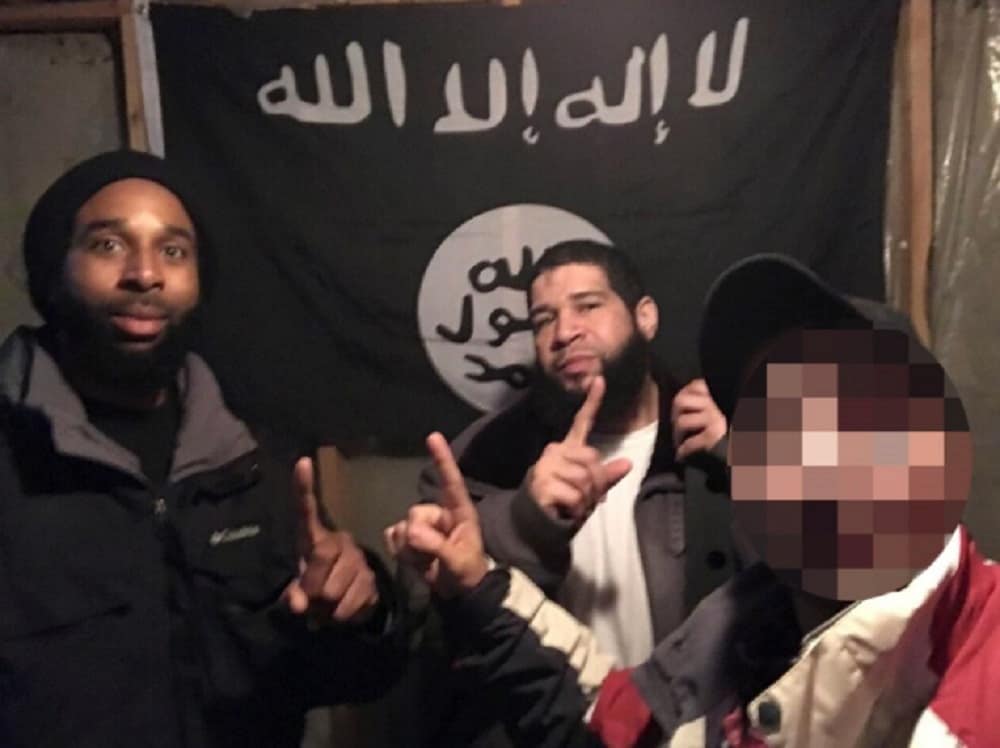 Joseph D. Jones, left, and Edward Schimenti appear with a confidential FBI souce, whom they believed was a supporter of ISIS. The government has blurred the source’s face. (Photo: federal complaint)

The domestic fight against ISIS rages on, as two men from a north suburb of Chicago were arrested and charged Wednesday for conspiring to provide material support to the Islamic State.

According to a news release from the U.S. attorney’s office, 35-year-old Joseph D. Jones, also known as “Yusuf Abdulhaqq,” and 35-year-old Edward Schimenti, also known as “Abdul Wali,” were arrested Wednesday morning on charges of knowingly conspiring and attempting to support and provide resources to ISIS.

The criminal complaint and affidavit indicate Jones and Schimenti declared their allegiance to the Islamic State on social media, advocating violent acts to show support for the terrorist group.

In the fall of 2015, Jones and Schimenti unwittingly befriended two FBI agents and another cooperator who they thought were supporters of ISIS.

For the next several months, Jones and Schimenti told the FBI agents and cooperator of their dedication to ISIS and showed photographs of themselves holding the ISIS flag at the Illinois Beach State Park in Zion. In a recorded conversation, Schimenti went so far as to say that he would like to plant the ISIS flag “on top of the White House.”

Schimenti worked out at a local gym with the cooperator, who he thought was planning to head to Syria to fight with the Islamic State. According to the complaint, Schimenti told the cooperator that the workouts would “make you good, you know, in the battlefield.”

Jones and Schimenti also gave the cooperator several cellphones they thought would be used to detonate explosives for ISIS and drove the cooperator to O’Hare Airport, thinking that the source was headed to fight for ISIS in Syria.

“Drench that land with they, they blood,” Schimenti told the cooperator.