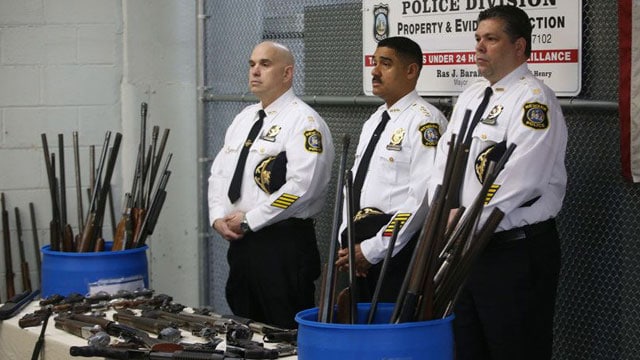 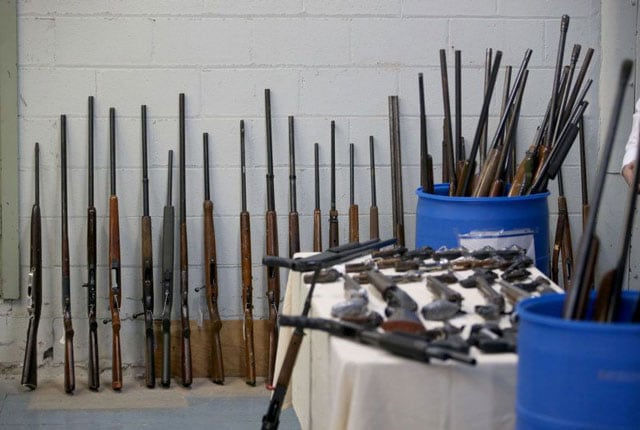 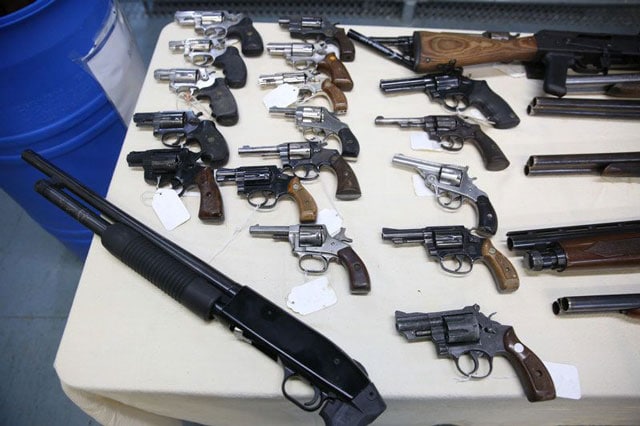 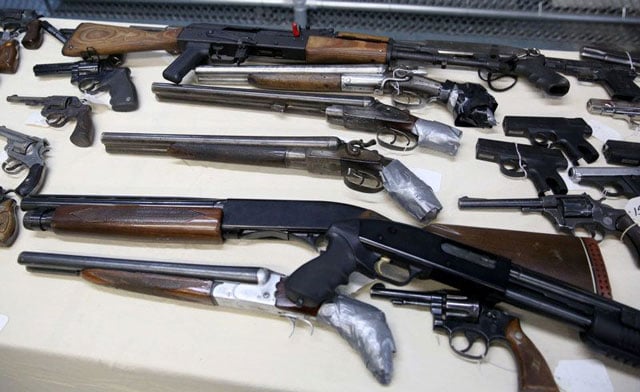 The City of Newark announced Thursday they are set to destroy 168 weapons confiscated by the police department.

“Over 160 weapons behind me that were taken off the streets of Newark will be smelted down and destroyed so they don’t get into the hands of other people,” Newark Public Safety Director Anthony Ambrose said in a press conference surrounded by an assortment of long guns, pistols, and revolvers.

“This is absurd, that this weaponry is making it into the state of New Jersey and ruining lives,” Ambrose said while holding a rifle. “It continues to plague a lot of communities.”

Noting New Jersey’s strict gun laws, Ambrose blamed other states with more lax laws for the weapons making their way into the state. Last year alone, authorities seized 500 guns, which has been the annual average for the past three years.

The weapons will be taken to Sayreville – about 30 miles away – to be melted down, but before the process begins, more guns could be added to the mix. About 300 weapons are currently awaiting approval to be destroyed, which is granted collectively by the Newark Police Department and the Essex County Prosecutor’s Office.