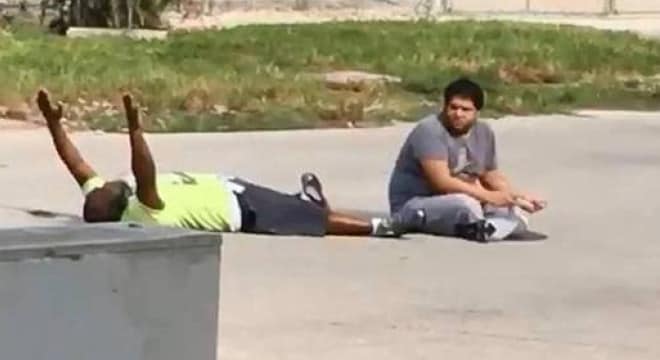 Behavioral therapist Charles Kinsey lies on the ground with his hands raised while an autistic man next to him ignores police orders, July 18, 2016. (Photo: Hilton Napoleon/Miami Herald)

A Florida police officer has been charged with attempted manslaughter and negligence following the wounding of a behavioral therapist during a highly publicized standoff last year. 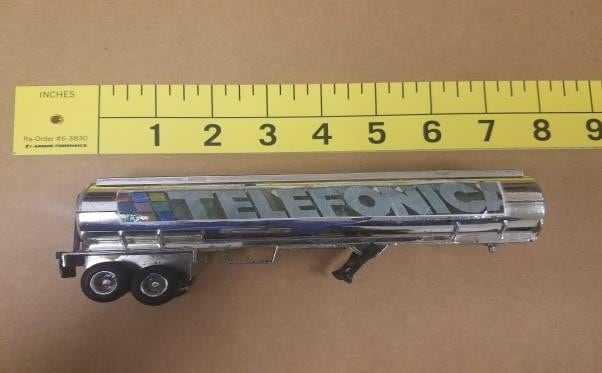 The toy tanker truck recovered is silver in color, has a cylindrical shape, and is approximately eight inches long. (Photo: FDLE)

Kinsey, who was caring for a resident of the Miami Achievement Center for the Developmentally Disabled, was shot in the leg by Aledda during a standoff in which authorities initially thought the autistic man’s silver truck was a weapon and Kinsey’s charge was suicidal.

According to court documents, the 27-year-old autistic man had an IQ of 40, was nonverbal, and required 24-hour supervision. On the afternoon of July 18, 2016, he left the center where he lived on foot with his toy and was followed by Kinsey who attempted to get him to return home. Eventually the man “plopped” down in the intersection of NE 127th Street and NE 14th Avenue and Kinsey remained with him.

A concerned passerby mistook the toy for a gun and, thinking the man was suicidal, called 911. Over the next several minutes 16 NMPD officers, including Aledda, responded, securing a perimeter around the two men in the intersection and diverting traffic.

Fearing that the situation could escalate further, Kinsey raised his hands and complied with officer demands to get on the ground, yelling to officers, “What he has is a toy truck in his hands. A toy truck. That’s all it is. There’s no need for guns.”

While some officers managed to work their way to within 15 feet of Kinsey and the autistic man and could talk to him, investigators cited Aledda was approximately 152 feet away and could not. An officer close to the scene called over the radio, “I have a visual. Does not appear to be a firearm. Have units QRX (the code for ‘standby).” Approximately 30 seconds later, Aledda fired three shots from his personal semi-auto Colt M4 carbine equipped with iron sights. One hit Kinsey in the leg, another impacted a wall 338 feet from Aledda’s firing position. None hit the autistic man.

As reported by WPLG, Aledda, a member of the agency’s SWAT team, has been on paid administrative leave since last July. His attorney, Robert Switkes, currently defending the officer in a civil suit filed by Kinsey, said it is “totally inappropriate to bring any charges against the officer.”