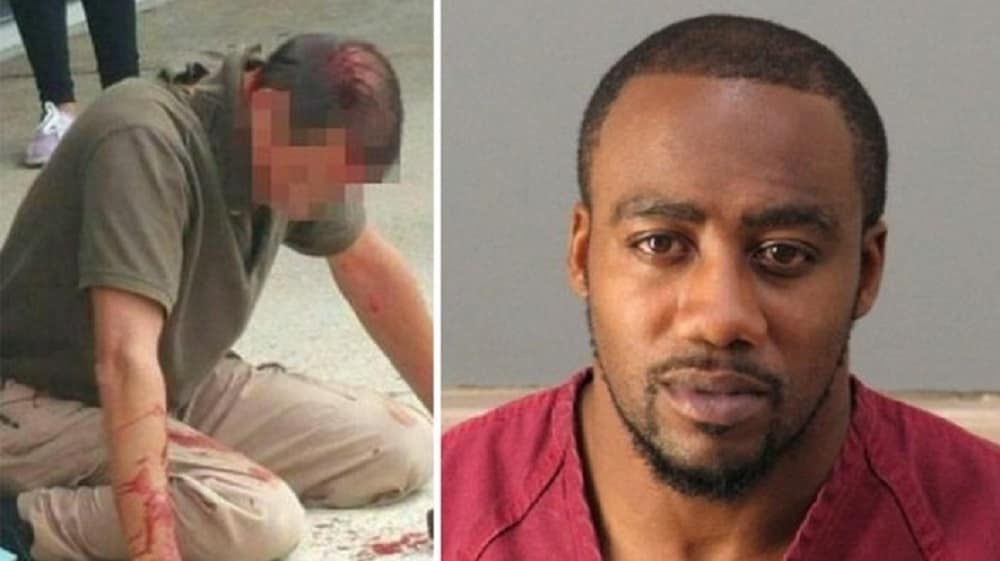 A Birmingham man and three-time felon was sentenced to 10 years in prison this week for a gun charge related to an incident in which the man stole a police officer’s handgun and beat the officer unconscious with it.

According to a press release from the U.S. attorney’s office, 36-year-old Janard Shamar Cunningham was sentenced on one count of possessing a firearm while being a felon.

Cunningham stole the gun from a detective’s holster during a struggle in August 2015 at the Roebuck Shopping Center in Birmingham, AL. He pleaded guilty to the gun charge in August 2016 and remains in federal custody.

“The president and Attorney General Jeff Sessions have made it clear that prosecuting violent crimes committed against police officers is a top priority of the Department of Justice,” Acting U.S. Attorney Robert O. Posey said. “Our office will use all the tools at our disposal to aggressively pursue these cases.”

“Violent attacks on police officers will not be tolerated,” ATF Special Agent In Charge Steven L. Gerido said. “This officer suffered grave injuries while doing his job protecting the public.”

Cunningham drew the attention of Detective Johnny Brooks on Aug.7, 2015, when he sped past the detective’s unmarked car at 60 mph, honking his horn. Brooks then called dispatch for a marked unit to come make a traffic stop. Flashing his blue lights, Brooks proceeded to follow Cunningham’s SUV into the shopping center.

Cunningham then got out of his SUV in front of a clothing store and attacked the detective, stripping the detective of his service pistol and beating him unconscious with it.