If you’re in the market for thermal optics, Pulsar’s line of Apex riflescopes is new for 2017, boasting “down-to-earth pricing for the masses,” the company said in a press release. The new digital glass was introduced at SHOT Show early this year, which Guns.com covered in depth. The XQ38 uses a 384×288 core, a 17 um pixel pitch and 640×480 AMOLED display. Magnification is 2.1x base with 2x/3x/4x digital zoom and smooth digital zoom up to 8.4x, according to Pulsar. The scope features three zeroing distances, 10 preloaded reticles and three different operation modes. The scope can also detect heat signatures up to 1300 m away. It takes two CR123 batteries for a life of 4-5 hours. 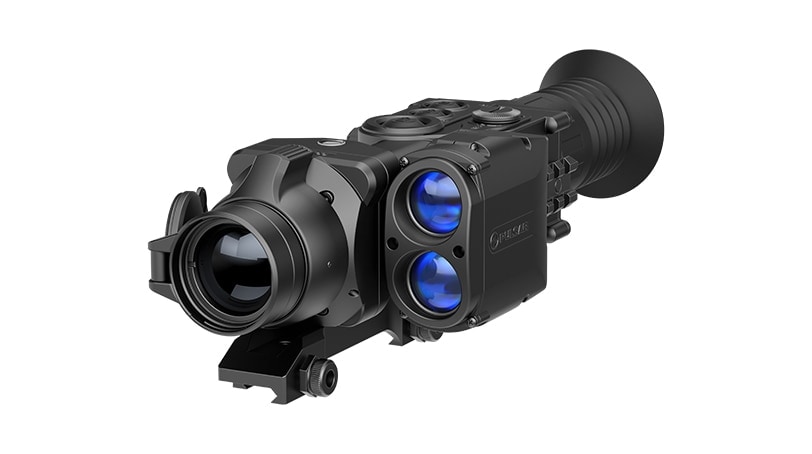 The LRF XQ38 is similar to its little brother pictured above, but it includes a built-in rangefinder that reads distance measurements up to 1,000 meters. 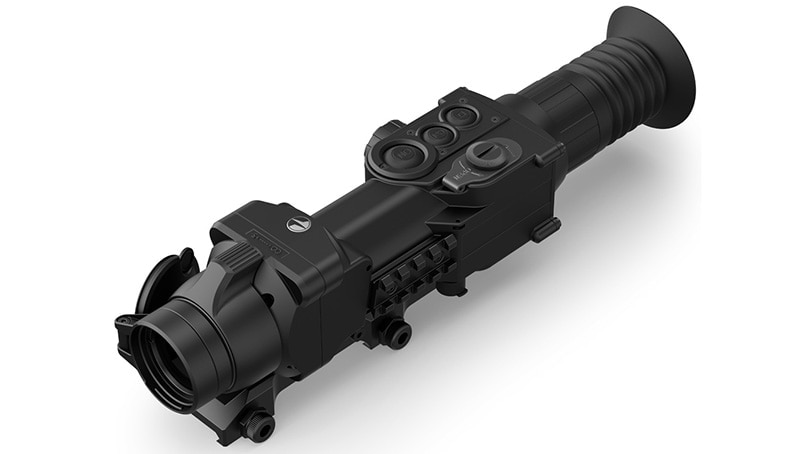 Practically identical to the XQ38 at first glance, this scope uses “white hot” and “black hot” thermal technology for shot placement at more than 1,700 yards. Long-distance viewing is made possible, Pulsar says, by the continuous digital zoom for extended range of magnification. Its got the same resolution as the above scopes, uses a similar AMOLED display with 50hz frame rate to deliver a consistent, vivid image of faster-moving objects, Pulsar says.

The XQ50 uses 4x digital zoom to offer an extended range of magnification. It has a picture-in-picture digital zoom display to show a magnified picture of the reticle’s aiming point at the top of the screen, Pulsar says. The magnified picture of the reticle allows for precision aiming while the peripherals of the display maintain the base magnification for a wide field of view. This allows for quick follow-up shots. The scope has one-shot zeroing and a freeze function that takes an image of the target so you can quickly zero the crosshairs to your rifle’s point of impact, the company says. Also similar to its little brother above, this thermal riflescope includes a built-in laser rangefinder that reaches out to 1,000 yards.