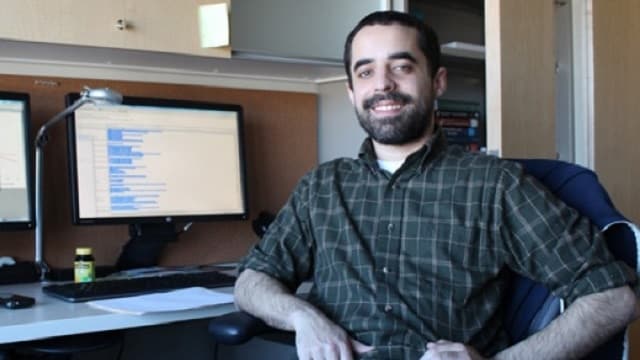 Dr. Jason Goldstick and his research team have developed a new tool to predict the risk of future gun violence for ER patients. (Photo: Patch)

Researchers at the University of Michigan have developed a new assessment tool designed to predict ER patients’ risk of future gun violence.

Dr. Jason Goldstick, lead researcher on the development team and lead author of the resulting study, said in a press release that gun violence should be assessed and treated as a public health problem.

“At-risk youth may not have many ways to connect to violence-prevention services,” Goldstick said. “This means the emergency department is a critical access point for identifying youth that are most at risk and intervening to hopefully decrease their risk of future firearm violence.”

To help doctors better identify the problem, Goldstick and his team set out to design a new clinical index tool that could be used to measure the risk of firearms violence among urban youth.

“If we have some indication of which of these young people are at high risk, then perhaps this could guide emergency physicians on what to do next in terms of referring them to prevention resources,” Goldstick said.

Goldstick and his team analyzed data from the Flint Youth Injury Study, which involved a group of patients, ages 14-24, who reportedly used drugs within the last six months and were cared for at the Level 1 trauma center in Flint, Michigan.

In the study, patients who were injured due to assaults were compared to those treated for other emergency reasons. A total of 599 individuals took a survey comprised of 115 questions on topics regarding violence involving partners and peers, alcohol and drug use, and exposure to community violence.

Goldstick and his team then took this data and ran with it.

“We randomly split the data into a training set and a validation set with prevalence of firearm violence equivalent in each,” Goldstick said. “Using only training data, we used a machine-learning classification approach to identify the most predictive factors for future firearm violence.”

Goldstick continued: “Those factors fell predominantly into four domains: peer and partner violence victimization, community violence exposure, peer/family influences and fighting. Choosing one item from each domain — serious fighting frequency, number of friends that carry weapons, frequency of hearing gunshots in your neighborhood and frequency of received firearm threats — we created a 10-point score and demonstrated its predictive power on the validation data.”

Out of that method, came the 10-point score called SaFETY, which stands for Serious fighting, Friend weapon-carrying, community Environment and firearm Threats.

“Before this tool, there was no way to gauge risk of future firearm violence,” Goldstick said. “We know that someone presenting to the emergency department with a violent injury is at elevated risk, but the SaFETy score shows superior predictive power than just knowing they were treated for a violent injury.”

Goldstick thinks the tool could be useful for ER doctors and hopes many will implement it in their practices, especially in high-risk urban centers.

“Predicting gun violence isn’t easy to do,” he said. “But we hope the index could help emergency physicians prospectively determine the highest-risk individuals and use that to tailor preventative services. Resources are scarce for prevention, and the more we can tailor services depending on level of risk, the more efficiently they can be allocated.”