A Moscow-funded metal man gearing up for use in space by 2021 can now shoot a pair of full-size Glocks should the need arise.

In the above video, taken from a Russian government release on social media, a robot named FEDOR is shown firing a pair of handguns downrange at a wall of reacting targets in a timed match against a human shooter.

FEDOR (Final Experimental Demonstration Object Research) is set to accompany a new generation of spacecraft for the Russian Federation and the news of his newfound pistolero skills was dropped by Deputy Prime Minister Dmitry Rogozin.

“The robot of the F.E.D.O.R. platform showed skills of firing using both arms. Currently the work on fine motor skills and decision algorithms is underway,” said Rogozin as reported by state-sponsored media outlet Sputnik News, who said Rogozin was quick to distance the spacebot from cylons and unruly cyborgs.

“We are not creating a terminator but artificial intelligence which will have a great practical importance in various fields,” he said.

Of course, if a few manage to escape the spacecraft beforehand and wind up stalking around the Crimea and points West, armed with RPGs and AK-74s, Moscow will no doubt mumble something about Chappie and end the press conference.  Because when the Russians say they are not building a terminator, you can go ahead and crash open It’s Always Sunny-style with: 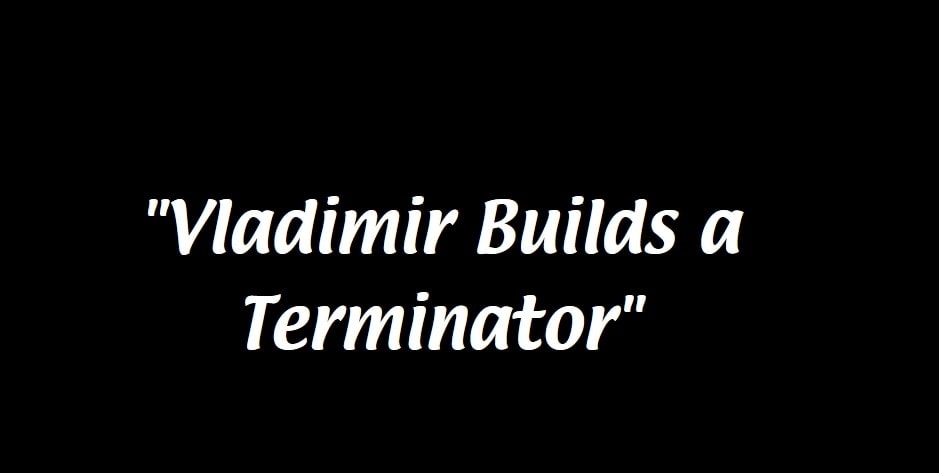 On the bright side, the Russki toaster can’t see in the dark (why else would it have those clunky Uncle Boris’ House of Pretty Good Glock accessory gun lights on board?), so just be sure to hide during the day and go Fedor-bashing after dusk.

In more pedestrian tests, last year video of FEDOR popped up on Russian media showing the robot low crawling, soldering circuit boards, sawing wood and getting into the driver’s seat of a car, among other tasks.