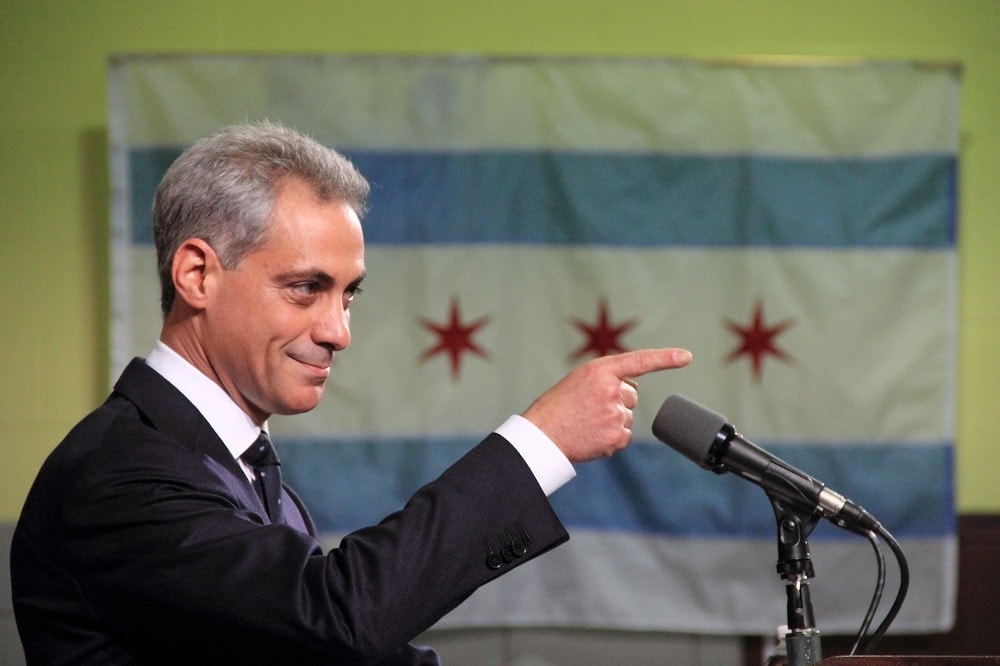 Chicago Mayor Rahm Emanuel is now pushing even harder to impose strict regulations regarding guns on party buses, saying he would like an outright ban after several shootings have occurred on the controversial vehicles.

Emanuel said Monday he had ordered staff to find a way within Illinois state law to not only regulate but essentially ban firearms from the buses, DNAinfo reported.

The move is seen as an effort to toughen an ordinance proposed in March that calls for party bus operators to install security cameras, hire more security guards, and post signage to allow police to determine if the vehicles are legally operated.

Emanuel said that the buses are a “bad combination of substance abuse and guns.”

“We are going to close every one of the loopholes,” Emanuel said.

The focus on party buses comes after several shootings have occurred on or around the vehicles, the most recent on Mar. 12 outside a Dunkin Donuts in the north side Edgewater neighborhood. Quentin Payton, 28, was shot and killed during the altercation, and two others were injured.

It remains unclear exactly how Emanuel and his team will navigate state law, which would seemingly block them from banning guns on the vehicles.

“The fly-by-night operators are the problem,” Emanuel said. “They operate in the land of loopholes.”

Emanuel also praised Chicago Police for seizing three semi-automatic handguns and drugs from a party bus on Friday. Two gang-affiliated men on the bus were arrested for violating their parole, and the bus was cited for not having a proper license and for carrying too many people.

The City Council’s Committee on License and Consumer Protection is set to hear Emanuel’s new proposal this Wednesday.