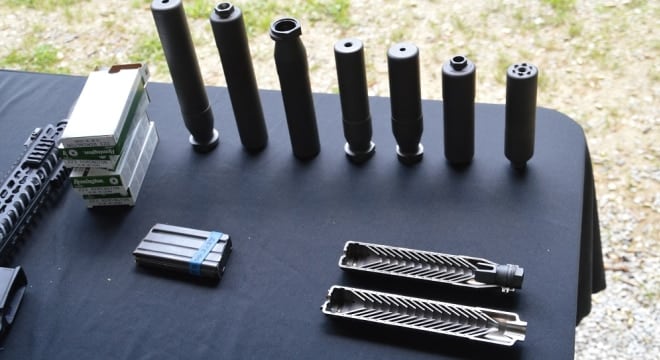 The NRA contends increased availability of suppressors will help curb hearing loss in those reluctant to use standalone ear protection. (Photo: Chris Eger/guns.com)

The National Rifle Association last week pointed to a study to support its push for suppressor deregulation. The study found that found one in five who used firearms in the past year never used hearing protection.

The organization’s lobbying arm on Friday cited a paper published last month in The Laryngoscope, a medical journal specializing in head and neck disorders to include otolaryngology, which found that, while 58.5 percent of gun users always employed hearing protection, 21.4 percent never utilized it when shooting.

“The results of the study, and the drawbacks of some widely-used hearing protection options, show the importance of increasing access to firearm suppressors,” said the NRA’s release. “While ear plugs and ear muffs are important tools in this battle against hearing loss, expanding access to suppressors will increase the safety options for shooters reluctant to employ other methods of hearing protection.”

The study, presented at a medical conference in January, was first published on March 16 and was compiled from respondents to the 2014 National Health Interview, an annual, cross-sectional survey compiled by the Centers for Disease Control. Overall, the study found many adults exposed to loud or very loud noises elect not to wear hearing protection when at work, being exposed to firearm noise, or in recreational surroundings such as using lawnmowers. The paper’s authors point to “potentially serious long-term hearing health consequences” if exposed to such noises and stress health care professionals should encourage use of hearing protection.

The NRA, along with firearm and suppressor trade groups, are supporting the Hearing Protection Act in Congress, which would remove weapons classified as silencers under the National Firearms Act from the enhanced regulation that has been standard on the devices since 1934. As such, it would repeal the current NFA requirements and treat suppressors as firearms – which would allow them to be transferred through regular federal firearms license holders to anyone not prohibited from possessing them after the buyer passes an FBI instant background check.

Enrolled as H.R. 367 in the House, the bill has 137 co-sponsors but no date for committee hearings. A companion Senate measure,  S.59, has 13 co-sponsors. Only three Democrats have signed on to the legislation.

Gun control groups and Senate Dems to include Kirsten Gillibrand of New York and Chris Murphy of Connecticut oppose the measure they have characterized as dangerous legislative charity to a flagging gun industry.