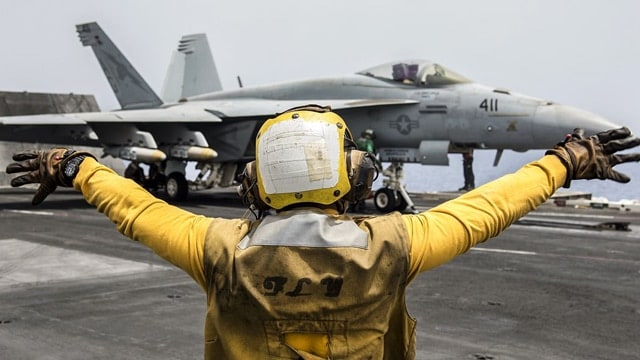 U.S. forces together with coalition allies engaged in more airstrikes and released more weapons last month than any other month in the nearly three-year fight against ISIS in Syria and Iraq.

Compared to a year ago, the number of sorties that released a weapon increased from 2,781 last year, to 3,187 this year, according to U.S. Air Forces Central Command statistics released earlier this month. Coalition aircraft released 3,878 weapons against ISIS in March, bringing the total for the first three months of the year to 10,918 weapons used as part of Operation Inherent Resolve, which started in August 2014. 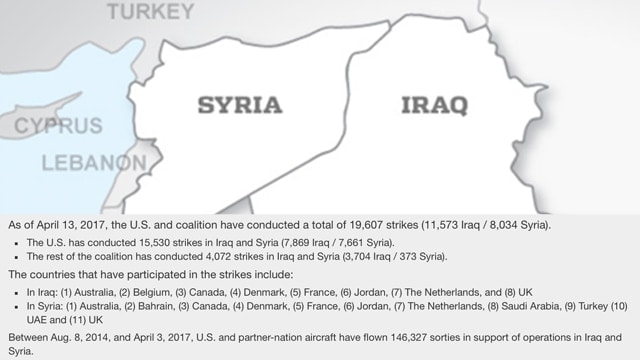 This year’s increase in firepower is part of the coordinated effort to retake Mosul in Iraq, and Raqqa in Syria — both cities that have been seized by ISIS.

“With support from Coalition airstrikes, the Iraqi Security Forces are in full control of eastern Mosul and continue to pressure the remaining stronghold of ISIS fighters in the western half of the city,” reads the March report from AFCENT. “In March, air operations persistently targeted ISIS’s financial resources, executing 114 strikes against the organization’s illicit oil infrastructure.”

In Syria, the fight for Raqqa is also progressing, with Syrian Democratic Forces helping to roll back ISIS’s territorial gains and capturing nearly 5,000 square miles of territory.

“One of the things it’s very important to understand is that millions of people have been able to return to their homes because of the rollback of ISIS territorial gains,” said Air Force Col. John Dorrian last week, according to a Department of Defense video. “And a lot of the reason for that is the coalition airstrikes that have supported our partners as they’ve taken that territory back.”

In Mosul, Dorrian said ISIS has a “shrinking cordon” of operations.

“They’re not going to be able to leave to the west; they are cut off,” he said. “They have really two choices: they can surrender to the Iraqi security forces, or they’re going to be killed.”

Dorrian called the fight with ISIS “very slow” and “gut-busting.”

“One of the reasons for that is because we want to do it in a manner that protects civilian life,” he said.