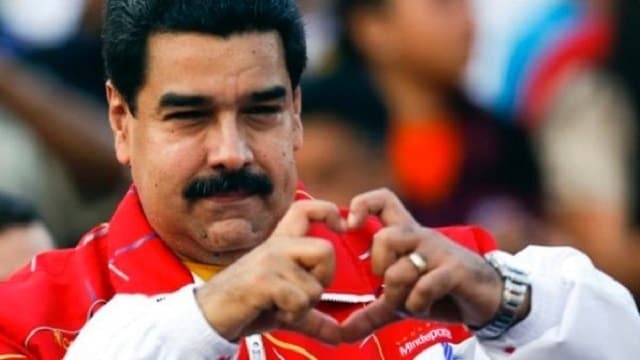 Venezuelan President Nicolas Maduro has announced he will provide firearms to as many as 400,000 loyalists in an effort to bolster the number of civilians in armed militias.

Fox News reported Maduro’s announcement came as opponents are readying themselves for a Wednesday rally in which they will push for elections and other demands.

The Bolivarian militias were created by former President Hugo Chavez and now are estimated to be comprised of 100,000 people. Chavez built up the militias to augment Venezuelan armed forces in defense of foreign and domestic opponents.

Maduro spoke from the presidential palace to thousands of militia men in uniform, urging the crowd to fight in defense of his regime.

“A gun for every militiaman!” Maduro yelled.

While Maduro blames foreign-backed opponents for recent violent protests and attempts to oust him from office, opponents argue Maduro is to blame for the country’s current state of grossly inflated currency, food shortages and spikes in crime.

Opponents also note Maduro ordered his security forces to use tear gas against protesters and lambasted the president for failing to stop armed supporters from attacking civilians at anti-government demonstrations.

Defense Minister Vladimir Padrino Lopez also spoke out against members of the opposition, saying the country had reached a “crucial situation.”

Condemning recent protests, which so far have seen six deaths and around 100 arrests, Padrino characterized the protesters as wanting to cause “anxiety in the public, anarchy and chaos, with the ignoble aim of toppling the democratic government.”