4 journalists have been shot, killed in Mexico in 6 weeks 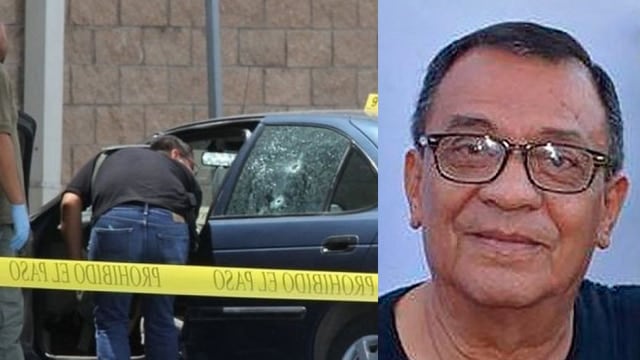 Maximino Rodriguez Palacios, 73, was shot and killed Friday after writing about several police who’d been murdered.

A Mexican journalist shot to death last week in a supermarket parking lot was the fourth reporter to be killed there in six weeks.

Maximino Rodriguez Palacios, a 73-year-old who came out of retirement to cover the crime beat for Collective Pericu a couple years ago, was killed in Baja California Sur on Friday, according to NPR.

Rodriguez had been reporting on the murders of several police officers in recent months, and the comments sections of his stories started filling up with threats.

“You’re lighting the candles for your own funeral, Max,” one comment said.

Authorities say ballistics show the gun used on Rodriguez was the same one used to kill an officer he’d written about a week before.

The string of murders against reporters started on March 2, when Cecilio Pineda Birto, a freelance journalist, was shot in the Guerrero state. Two weeks later, Ricardo Monlui, a columnist, was shot twice in Veracruz. On March 23, Miroslava Breach, a well known investigative journalist, was shot eight times in her car near home. One of her children was in the vehicle at the time of the shooting, but was unharmed. The gunman left a note that read, “for being a loud mouth.”

According to Reporters Without Borders, two other journalists survived murder attempts in Mexico late last month. In the Veracruz state, where Ricardo Monlui was killed, 20 journalists have been murdered since 2000, and 124 journalists have been killed nationwide in the same time frame. After Syria and Afghanistan, Mexico is the world’s third most dangerous country for reporters.

While some journalists are trying to get off the crime beat, others refuse to be silenced.

“My wife and I are reflecting on what to do,” said Cuauhtemoc Morgan, who edits Collective Pericu with his wife. “But right now, we don’t plan to stop reporting on this type of news.”