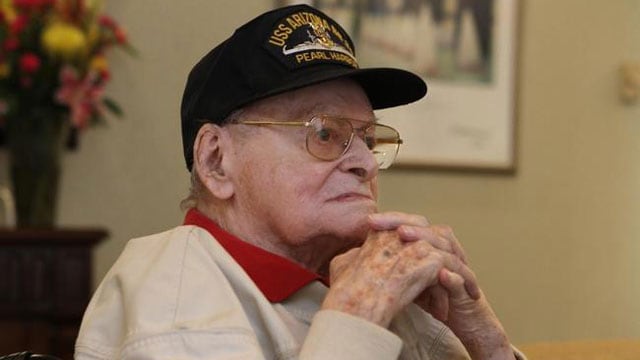 The family of a Pearl Harbor survivor granted his wish to return to the USS Arizona with his fallen shipmates.

Raymond Haerry was just 19-years-old during the Dec. 7, 1941, attack. He died at the age of 94 in Sept. 2016, but before his death, never returned to the site where the USS Arizona – and nearly 2,000 crew members – still sit in a watery grave. According to Haerry’s family, he always said it was just too painful.

But as Haerry grew older, and toward the end of his life, he talked with his family about wanting to return to be with his lost crewmates, and in a ceremony Saturday, that wish was granted.

Marino, who traveled from New Jersey to Hawaii for the ceremony, held an urn containing her grandfather’s ashes tight until handing them over to diving crews. The divers took Haerry’s ashes to the hull of the sunken USS Arizona, making him the 42nd survivor to rejoin their shipmates.

“That was the point at which I kind of lost it,” Marino said. “It was really sad, but also really sweet to see. It was amazing.”

Haerry retired as a master chief after serving 25 years in the Navy. 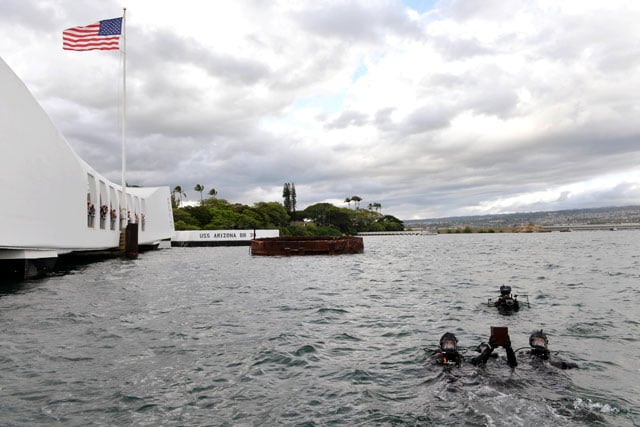