Guilty plea for man who solicited murders of US military members 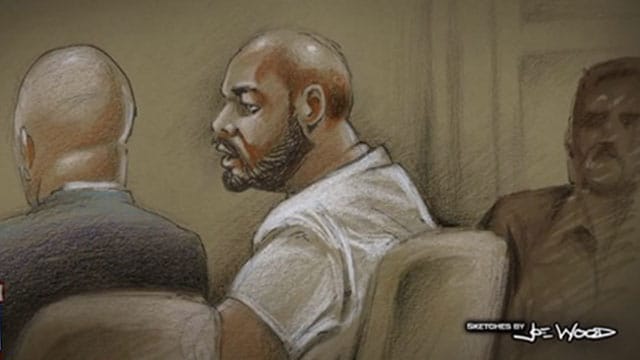 Terrence McNeil is accused of pledging support to ISIS then sharing personal information and photos of more than 100 service members. (Photo: Fox 8)

A 24-year-old man from Akron, Ohio, pleaded guilty in federal court this week to charges stemming from multiple incidents in which he called for the murder of U.S. servicemen.

Terrence J. McNeil, who was arrested in November 2015, is charged with five counts of solicitation to commit a crime of violence and five counts of making threatening interstate communications.

“He disseminated ISIL’s violent rhetoric, circulated U.S. military personnel information, and explicitly called for the killing of American service members in their homes and communities. Now, he will be held accountable,” Acting Assistant Attorney General McCord said of McNeil in a press release.

According to court documents, McNeil, who is a U.S. citizen, used social media on multiple occasions to pledge his support to Islamic State of Iraq and al-Sham.

O Brothers in America, know that the jihad against the crusaders is not limited to the lands of the Khilafah, it is a world-wide jihad and their war is not just a war against the Islamic State, it is a war against Islam…Know that it is wajib (translated to “necessary”) for you to kill these kuffar! and now we have made it easy for you by giving you addresses, all you need to do is take the final step, so what are you waiting for? Kill them in their own lands, behead them in their own homes, stab them to death as they walk their streets thinking that they are safe…

In addition, the file displayed numerous photographs of U.S. military members, along with personal information, including their names, addresses, and their branch of the military.

The final image in the file was a picture of a knife and a gun with the text, “…and kill them wherever you find them…”

After this file had been posted, McNeil shared several more “kill lists” in 2015, all of which expressed similar sentiments.

“This case demonstrates the challenges faced by law enforcement in confronting global terrorism,” said Acting U.S. Attorney Sierleja. “It highlights the dangers posed by terrorists committed to carrying out attacks here in the United States and their use of social media to accomplish their mission. The message should be clear that individuals who engage in this behavior will be aggressively prosecuted.”

Special Agent in Charge Stephen D. Anthony of the FBI’s Cleveland Division, also said, “While we aggressively defend First Amendment rights, the individual arrested went far beyond free speech by reposting names and addresses of 100 U.S. service members, all with the intent to have them killed. We will remain vigilant in our efforts to stop those who wish to support these despicable acts.”

Sentencing for McNeil is scheduled for Aug. 2. Under his plea agreement, he faces 15 to 20 years in prison.