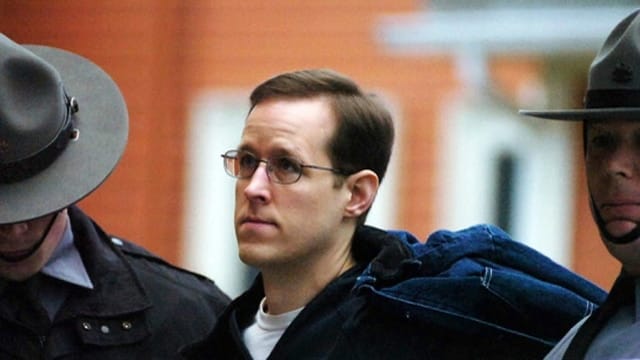 Jurors deliberated only four hours Wednesday before convicting an anti-government survivalist on a dozen charges for the 2014 ambush of two Pennsylvania state troopers.

Eric Frein, 33, faces the death penalty for gunning down Cpl. Bryon Dickson during a shift change at the Blooming Grove barracks in northeastern Pennsylvania on Sept. 12, 2014. Trooper Alex Douglass suffered a gunshot wound to the back as he tried to pull Dickson to safety. He testified during the 10-day trial about the moment the .308-caliber bullet tore through his midsection, ripping through his intestines and shattering his hip and thigh bones.

“It was probably the worst pain you could imagine,” he said, reported the Allentown Morning Call. “It felt like your whole body was on fire.”

“We do not change government here in America with bullets, we change it with votes,” said Pike County District Attorney Raymond Tonkin in his closing remarks Wednesday, according to the newspaper. “He decided to change it with bombs and bullets. That’s terrorism.”

Frein led law enforcement on a 48-day manhunt through the Pocono Mountains until he was apprehended at an abandoned air strip 30 miles from the barracks on Oct. 30, 2014.

The penalty phase of the trial is set to begin Thursday.