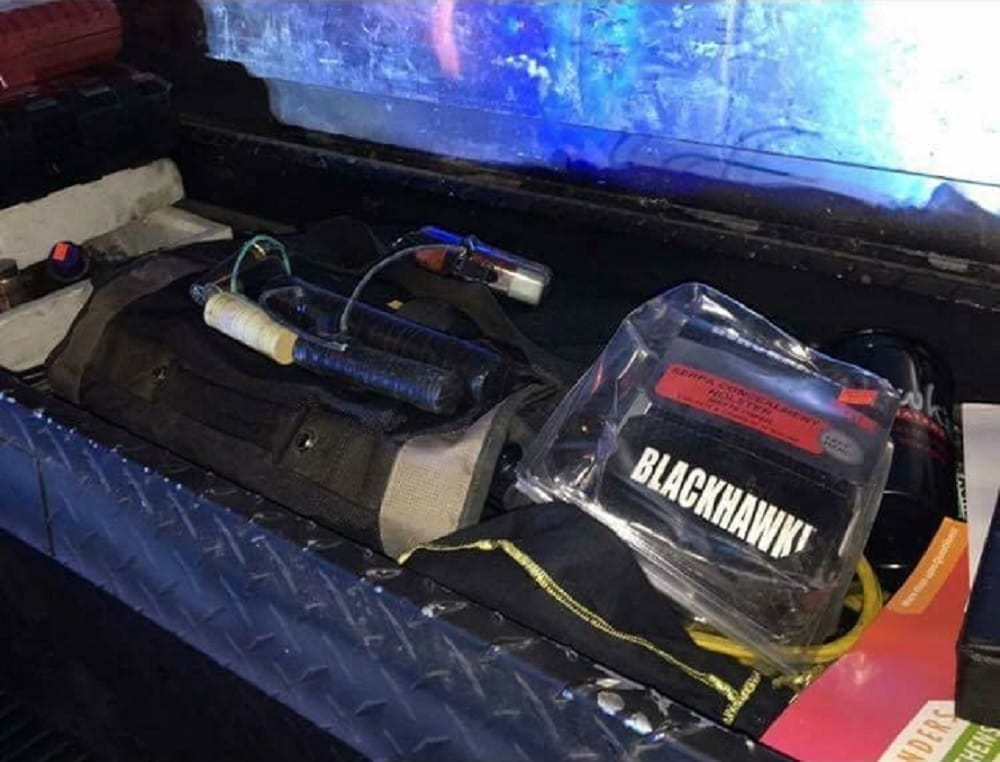 Two bombs were found in a truck during a traffic stop in Birmingham, Alabama on Thursday, with investigators saying the devices could have caused serious damage.

AL.com reported officials said the bombs, found inside a tool box in the truck bed, were about 10 inches long and 1 1/2 inches in diameter.

The suspect claimed the devices were only packed with black powder, but investigators think it was flash powder.

“If it had flash powder in it, one of them could significantly damage a car,” said Dave Hyche, ATF’s assistant special agent in charge in Alabama. “Flash powder is very dangerous and can detonate without being confined.”

The suspects have been identified as 27-year-old Joshua Ward and 30-year-old Bradley Pullen.

Ward, the driver and a U.S. Army veteran, has been charged with possession of an explosive device and violation of the Alabama firearms act, with his bond set at $75,300.

Pullen, the passenger, has been charge for unlawful possession of a controlled substance, and his bond has been set at $2,500.

The incident occurred at 1 a.m. on Thursday when Birmingham police stopped Ward’s 2008 Dodge Ram for not having the headlights on.

Officers then saw an AR-15 rifle on the rear seat of the truck, and Ward also admitted to possessing a handgun in the vehicle.

When removing the two guns and searching the vehicle, officers found two more guns and the explosive devices in the truck bed. ATF agents and officers with Birmingham’s bomb squad removed the bombs and transported them to another location where they will be examined.

Hyche said they are unsure what the men intended to do with the bombs and indicated the device components will determine whether the charges will be at the state or federal level.

“We take this very seriously,” Hyche said. “These are large, dangerous devices and flash powder is very unstable.”