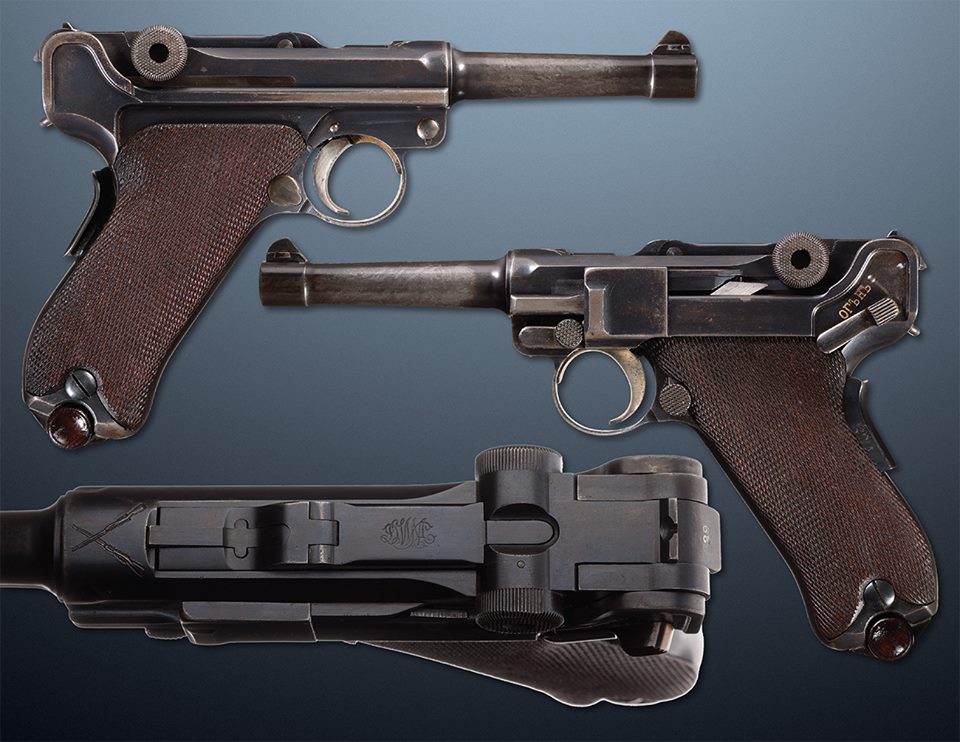 A rare DWM-made Model 1906 9mm para made for the Tsarist Russia contract. One of just 1,000 made, it includes Cyrillic safety markings and crossed Mosin Nagant rifle engravings (Photos: RIA)

Rock Island Auctions has over 100 Lugers at their upcoming Premier Auction in May including carbines and artillery models and rare pistols meant for Persian, American, and Russian markets.

Without delay, let’s get into the coolest of the bunch: 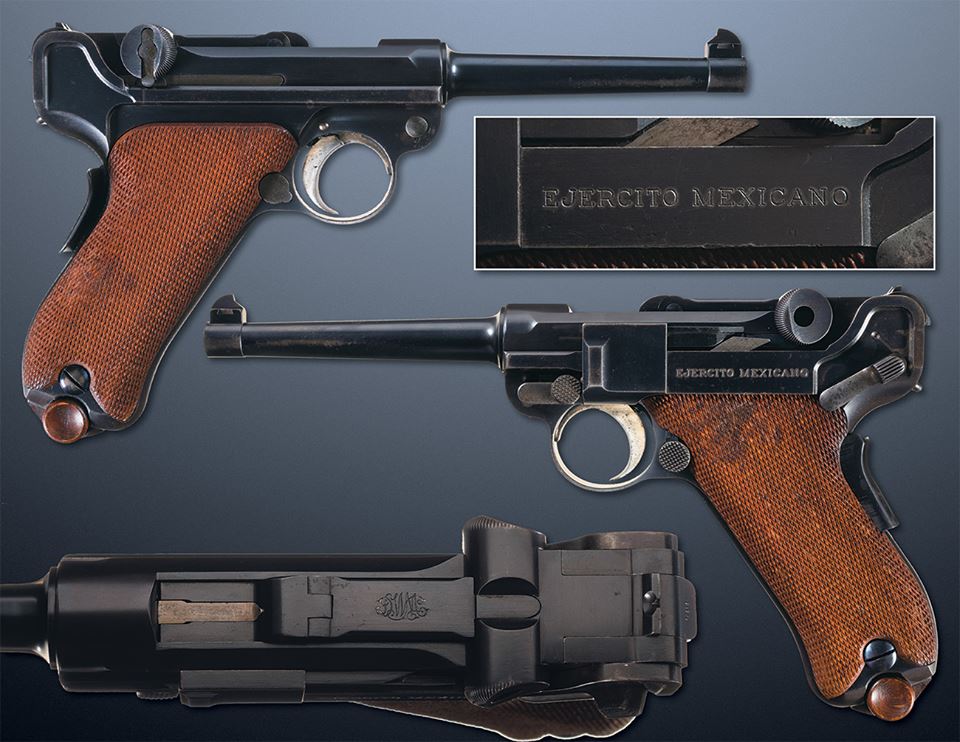 DWM Model 1900 7.65mm “Ejercito Mexicano” marked commercial pistol made in hopes of gaining contracts with the Mexican military. Only one other example has ever been documented. 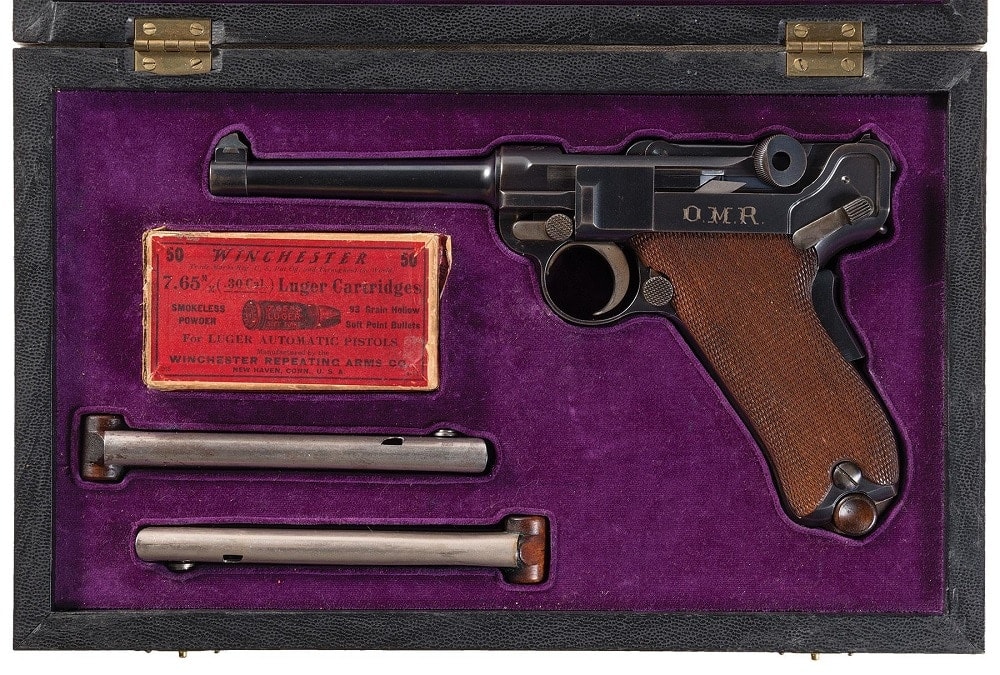 Match it with this DWM Model 1900 American Eagle Luger

If you are looking for something similarly long, RIA has a Farsi-marked Persian contract Mauser Artillery Luger with an 8-inch barrel. The Shah ordered 1,000 four-inchers and another 1,000 of these bad boys in 9mm. 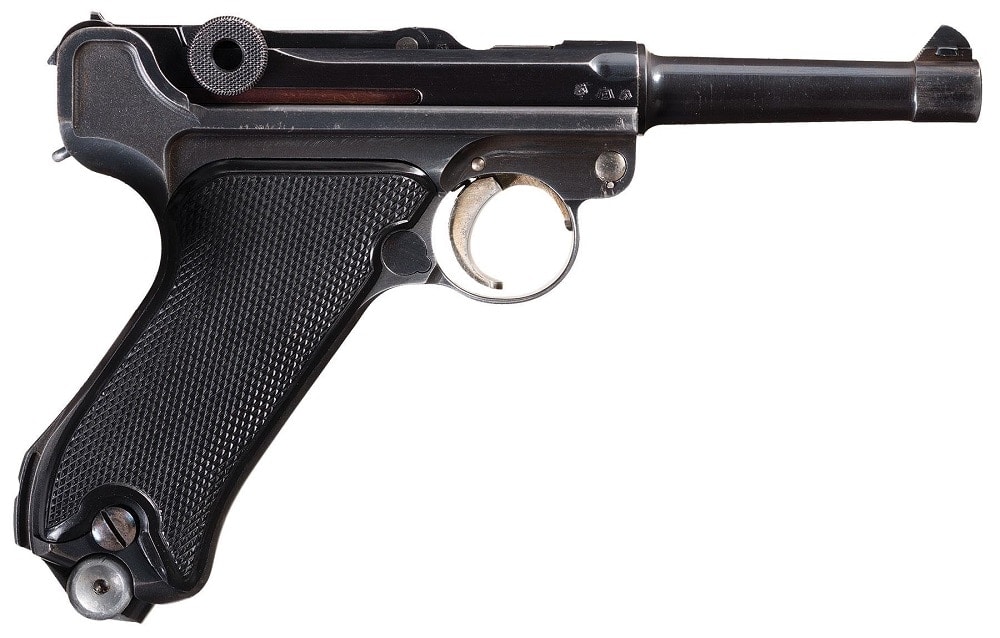 RIA has no less than 19 rare Krieghoff Lugers including commercial and Luftwaffe military contract guns. Estimated price on these beauties run between $3,500-$25,000. This example is a very rare 1943 dated military contract piece in 9mm, one of just 300 produced that year. 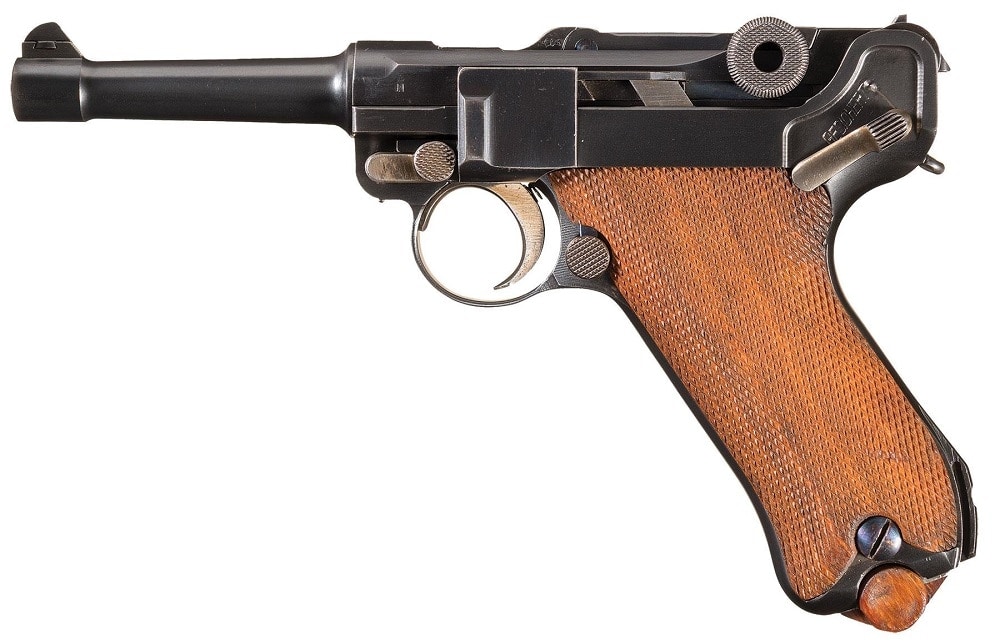 This 1920 commercial Luger was manufactured from a rebuilt WWI military pistol and sold through an Argentinian retailer, leaving it with both “Buenos Aries” and German markings. 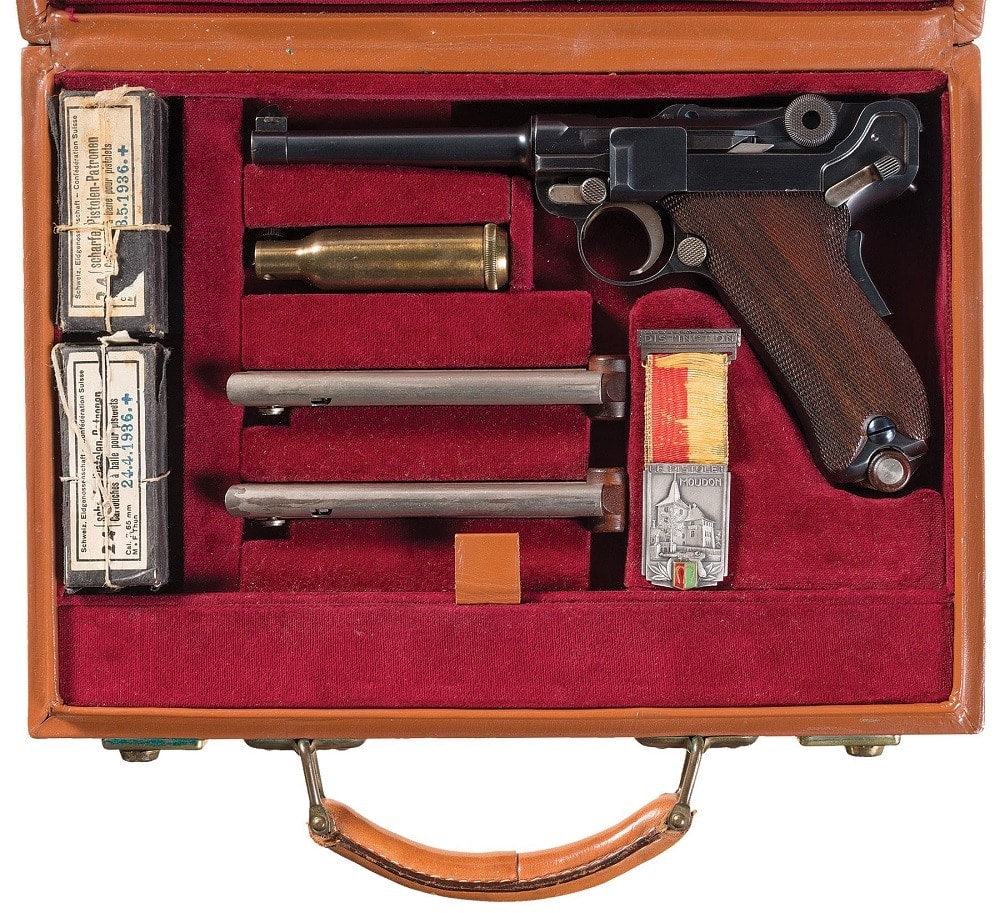 From the same time period is this beautiful DWM Swiss contract Model 1906 Luger sold on the commercial market in 1920s, and includes a vintage shooting medal from the Moudon, a historic town in the canton of Vaud in Switzerland 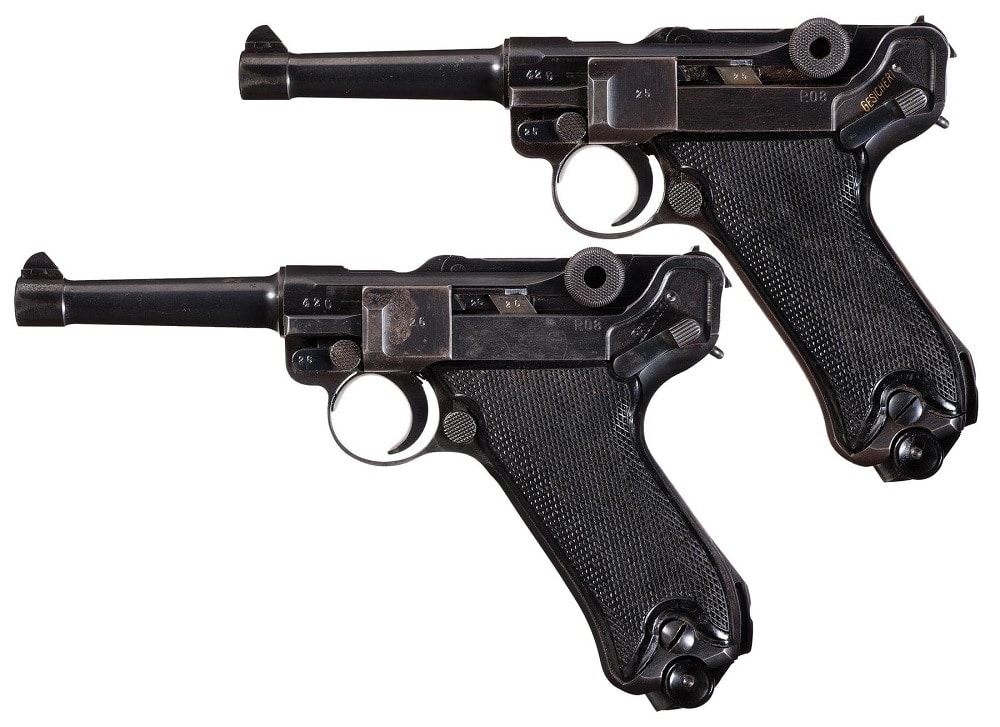 For those looking at the other end of the scale, there are a number of Mauser-produced “byf” Code WWII-era guns popularly known as “black widows” that are priced with estimates starting at $900. This set of two is consecutively numbered.