Lizette Porter, the wife of a Marine Corps drill instructor, recently said she wanted to show that military men have a softer side, and with a little help from Kyndal Rose Photography out of Oceanside, California, she seems to have accomplished just that.

Lizette said her husband, Kevin, had no clue what he was walking into last week when he met up his wife and 4-year-old daughter, Ashley. But it was a set-up for a tea party-themed photo shoot, with Kevin and Ashley being the stars of the show.

“He was hesitant at first but after a little talking, I was able to convince him,” Lizette told ABC News, adding, “He would do anything for Ashley.”

Photographer Kyndal Courtney, who is also married to a Marine, called it an honor to be part of the shoot and “capture the love and joy between them.”

The photos, which the couple plans to hang up in their new home, have been shared all across social media. Courtney told the Military Times that she believes they carry a power message.

“It seems it was just what America needed to see,” she said. 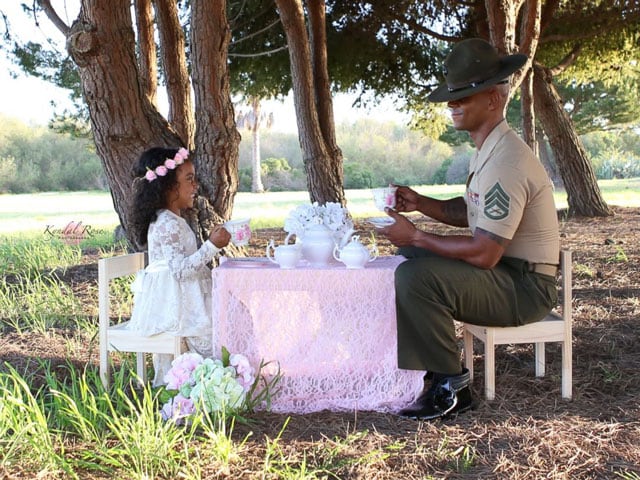 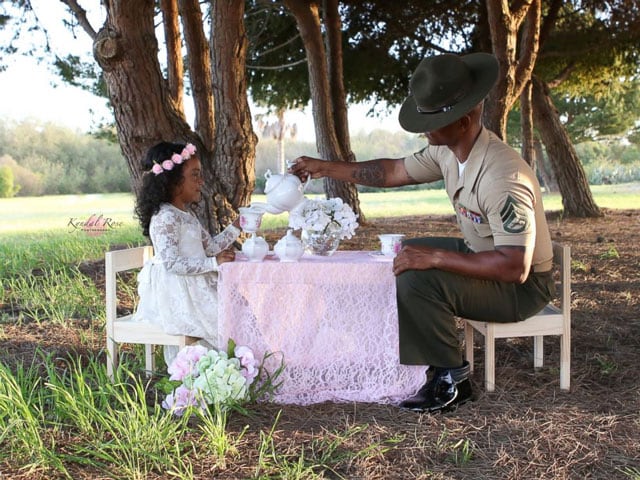 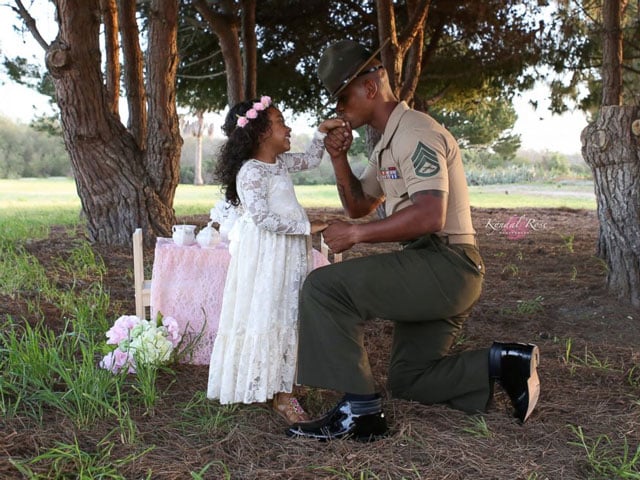 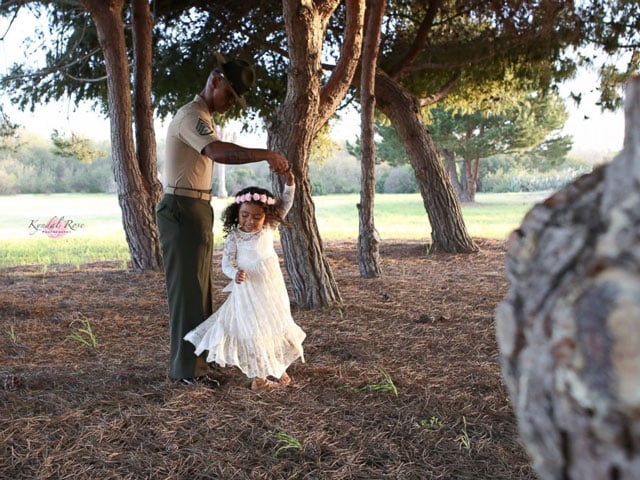