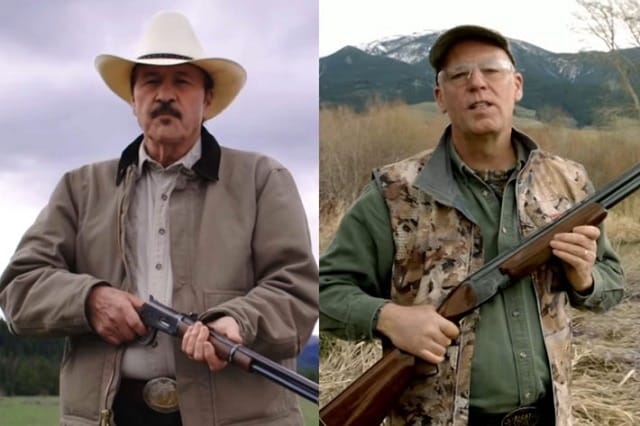 The Montana congressional special elections are heating up with both House candidates trying to prove their love for guns by shooting screens in a pair of warring advertisements.

It all started when cowboy-poet turned Democratic nominee Rob Quist suggested in January that he would consider supporting the creation of a national registry for automatic weapons, New York Magazine reported.

Republican nominee Greg Gianforte then seized the moment, with the help of the National Rifle Association, and warned Montanans that Quist would put the names of handgun owners into a “big government computer.”

Responding to those attacks, Quist put his guitar down and picked up the family rifle for a new ad, in which he referred to Gianforte as a “millionaire from New Jersey” and showed his love for guns by shooting a TV screen.

Gianforte then shot back with great force, blasting a screen of his own with an even bigger gun and stating, “our Second Amendment rights are not up for negotiation.”

Please let us know in the comments who you think won.