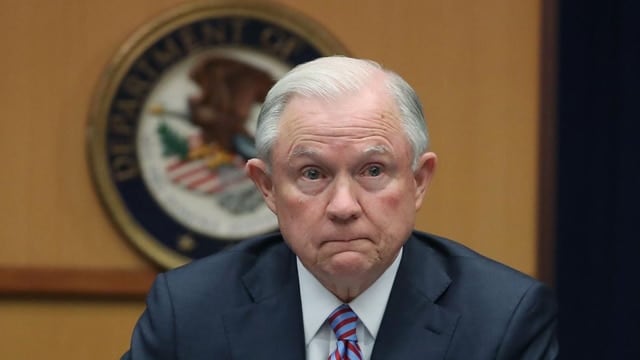 In the latest push to pressure sanctuary cities to comply with federal immigration enforcement, the Department of Justice sent letters to nine jurisdictions Friday threatening to withhold grant funding.

The letters give the jurisdictions until June 30 to prove that they are compliant with 8 U.S.C. Section 1373, a 1996 federal law that prohibits local governments from restricting communication with the feds about the immigration status of inmates.

“Failure to comply with this condition could result in the withholding of grant funds, suspension or termination of the grant, ineligibility for future (Office of Justice Programs) grants or subgrants, or other action, as appropriate,” said Acting Assistant Attorney General Alan Hanson in the letters.

The nine jurisdictions were highlighted in a memo compiled last year by DOJ Inspector General Michael E. Horowitz. He had selected those nine, and one more, the state of Connecticut, as a sample set from a list of 140 state and local jurisdictions that he had been asked to investigate, according to the memo.

In a press release Friday, the DOJ cited rising violence as a justification for the agency’s crackdown on its immigration efforts. “Many of these jurisdictions are also crumbling under the weight of illegal immigration and violent crime,” the Justice Department said. “The number of murders in Chicago has skyrocketed, rising more than 50 percent from the 2015 levels. New York City continues to see gang murder after gang murder, the predictable consequence of the city’s ‘soft on crime’ stance.”

Violence in Chicago has seen an upswing in recent years, but the DOJ release didn’t specify the link between those numbers and federal immigration efforts. In New York City, violence has been on the downtrend for decades.

“We did not become the safest big city in America by being ‘soft on crime,’” said Mayor Bill de Blasio, according to the New York Times. “This is an insult, this statement.”

Still, the DOJ had harsh words for California’s Bay Area, after a recent raid there saw the arrest of several gang members. “After a raid captured 11 MS-13 members on charges including murder, extortion and drug trafficking, city officials seemed more concerned with reassuring illegal immigrants that the raid was unrelated to immigration than with warning other MS-13 members that they were next,” said the DOJ release.

Friday’s announcement is the latest effort by the Trump administration to crack down on sanctuary jurisdictions, following a Jan. 25 executive order from the president pushing for the deportation of violent, undocumented criminals living in America.