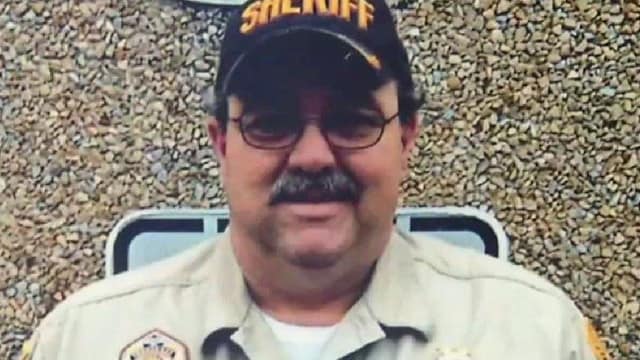 A Tennessee sheriff admitted in a plea agreement Thursday that he used his position to give perks to female inmates in exchange for sex.

Former Fentress County Sheriff Charles “Chucky” Cravens, 47, pleaded guilty to three counts of honest services fraud and one count of deprivation of rights, according to the Department of Justice.

As sheriff, Cravens operated the Fentress County Jail in Jamestown, a facility that houses 147 male and female inmates. Cravens admitted to having unprotected sex with three female inmates on multiple occasions from July 2016 through April of this year, according to the plea agreement. He also punched an inmate who was handcuffed.

“Cravens, Inmate 1, and Inmate 2 actually did move cornstalks away from the jail and disposed of them,” according to court documents. “Cravens then drove Inmate 1 and Inmate 2 to a nearby vacant trailer, where he had sex with them without a condom.”

Cravens told the inmates not to tell anyone about the offsite trip. If they were asked, he told them to say a female correctional officer was with them to help haul the cornstalks.

In February, Cravens drove a third inmate outside Fentress County to visit a relative. On the way back, they had sex in a sheriff’s department vehicle.

In exchange for the sex acts, Cravens drove the three female inmates to visit relatives on multiple occasions. He bought them food, and let them smoke cigarettes outside the jail. He also gave them his cell phone number so they could call him and “leave him recorded messages to request the benefits he agreed to provide them in return for their having sex with him.”

Inmate 1 called Cravens 332 times, Inmate 2 called 51 times, and Inmate 3 called 349 times. The deprivation of rights charge stems from a November 2016 incident in which Cravens kicked a male inmate and then struck him twice while he was handcuffed, court documents said.

“Sheriff Cravens selfishly tarnished the reputation and badge worn proudly by so many hard-working and upstanding members of the law enforcement community who risk their lives every day,” said Acting Assistant Attorney General Blanco. “He shamefully turned his back on the citizens of Fentress County and used the powers of his office to serve his own personal and sexual desires and to victimize the inmates under his charge.”

Cravens resigned his position on April 14, according to WBIR. He could face decades in prison. His sentencing is scheduled for July 20.