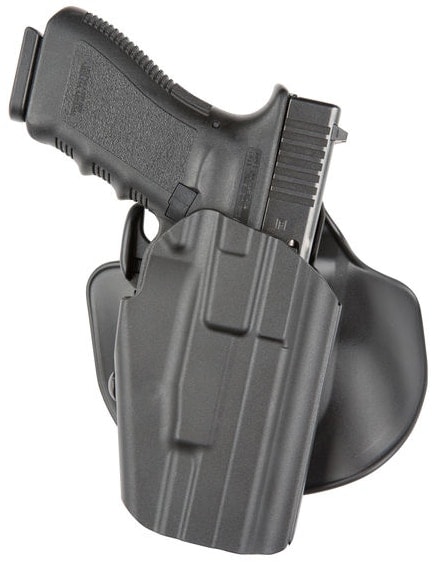 Safariland says its Grip Locking System and Automatic Locking System retention technologies are ideal for shooters who crave an extra layer of security from their concealed carry gear.

The GLS offers an ergonomic lever on the bottom of the holster, which is released by the middle finger as the shooter takes a firing grip on the gun. Upon re-holstering, the gun locks back into place and is secured. The ALS features a lever at the top of the rig, allowing shooters to thumb sweep the cam lever and release the firearm while drawing. Once re-holstered, an audible click sounds letting users know the gun is in position.

The company’s Models 578 and 7TS series boast Safariland’s proprietary SafariSeven. This technology features a nylon blend that is both non-abrasive to firearms but also maintains high heat and low temperature tolerances.

Safariland says the new holsters are available now with prices ranging from $39 on the low-end to $56 on the high-end.