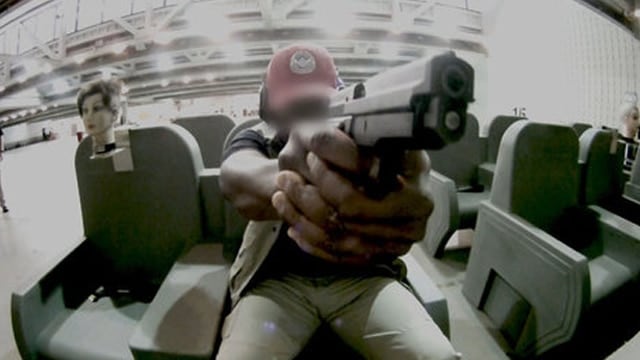 A federal air marshal on a flight from England to New York left her service weapon in the plane’s bathroom where a passenger found it, according to reports.

The passenger gave the loaded handgun to a member of the flight crew, who returned to the air marshal, but the marshal failed to report the incident to her supervisors until several days later, the New York Times reported.

The incident happened on April 6 aboard a Delta flight from Manchester to Kennedy International Airport. Despite the incident, the air marshal, who is reportedly a new hire, was assigned to another flight a few days later.

The Transportation Security Administration, which head the air marshals service, told reporters that it was reviewing the incident, but would not comment publicly on the matter.

Current and former air marshals said that leaving a loaded weapon unattended constituted a significant security breach that should have resulted in discipline and an investigation.

“You can’t have inept people leaving weapons in a lavatory,” Craig Sawyer, a former air marshal, told The Times. “If someone with ill intent gets hold of that weapon on an aircraft, they are now armed.”