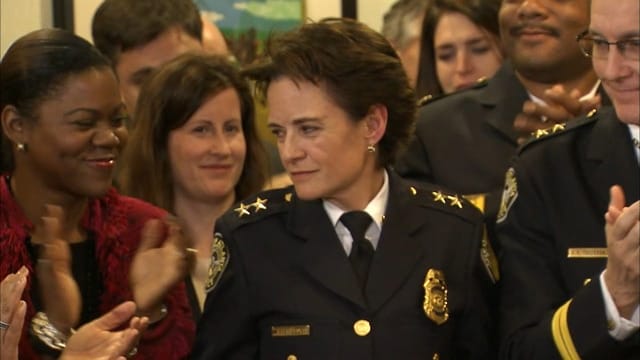 Shields was appointed by Mayor Reed to be Atlanta’s new chief in December 2016. (Photo: Fox5 Atlanta)

Among those calling on Georgia’s Republican Gov. Nathan Deal to once again veto a measure dropping gun free zones at the state’s public colleges and universities is Atlanta’s new top cop.

“I just think back to when I was in college and you know, the amount of alcohol that flows there, I just don’t see that there is an upside to this,” said Sheilds, arguing that if there is a problem with crime on campus school authorities would be better off reaching out to local law enforcement for help. “I just think this really has the potential to really not be good.”

The proposal, HB 280, would amend Georgia law to drop some gun free zones on public postsecondary campuses. It was approved by the legislature last month and sent to Deal — who vetoed a similar bill in 2016 — for further action. He is fast approaching the 40-day deadline to veto, sign or allow the measure to become law without his signature.

Pressed by O’Hayer about incidents of violent crime around Atlanta-area public college campuses, Shields downplayed the problem saying it was not “significant enough that you can take on the potential downside that will come with authorising it [campus carry] and that is not to say that there is not a component of the argument that isn’t valid, it’s to say it’s a risk analysis– what is the downside that you are absorbing in trying to offset in what has occurred on a few isolated incidents.”

Shields, appointed by Mayor Kasim Reed (D) to be Atlanta’s new chief last December, joined the department in 1995 as a patrol officer and has worked her way up.