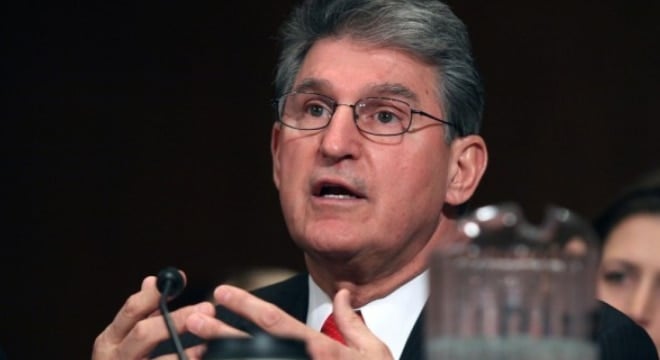 Speaking to CNN about the prospect of expanding checks, Manchin said, “Donald Trump’s the only person that can do that right now” and that “I truly believe he can make a difference.”

The co-author with Pennsylvania Republican Sen. Pat Toomey of a measure to expand background checks to private gun transfers that was defeated in 2013, Manchin has since revisited the concept over the past several months only to lament the support isn’t there on Capitol Hill to push it through. Manchin previously told the New York Times that he spoke with Trump in December 2016, saying the President shared there was a “complete opportunity” for new gun control legislation.

Toomey, whose re-election campaign last year was bolstered with support from Michael Bloomberg in the form of $5.8 million spent through the former New York Mayor’s Independence USA PAC, has pledged to revisit a background check proposal.

Any bill would have to pick up 60 votes in the Senate to avoid death by filibuster then go on to run the gauntlet of House concurrence and earn a signature from Trump to become law.

Manchin, facing reelection in 2018, is a moving target when it comes to gun control. While he is an avowed National Rifle Association member despite the organization’s criticism of him, Manchin opposed West Virginia’s constitutional carry law which was strongly backed by the group. In 2014, he was one of only two Democrats to vote against President Obama’s nominee for Surgeon General, Vivek Murthy, who drew fire from gun rights advocates over statements he had made classifying gun violence as a public health issue.

“I don’t believe it’s appropriate for America’s number one doctor to participate in political activism,” Manchin said at the time.

Since the new Congress began session Manchin, who has moved up in minority leadership positions, has been among the few Dems to cross the aisle and back President Trump’s more polarizing nominations including Alabama Sen. Jeff Sessions as Attorney General and Judge Neil Gorsuch for the Supreme Court. On the only piece of pro-gun legislation to be signed by Trump so far this year, a repeal of an Obama-era Social Security gun ban, Manchin went with the Republican majority.