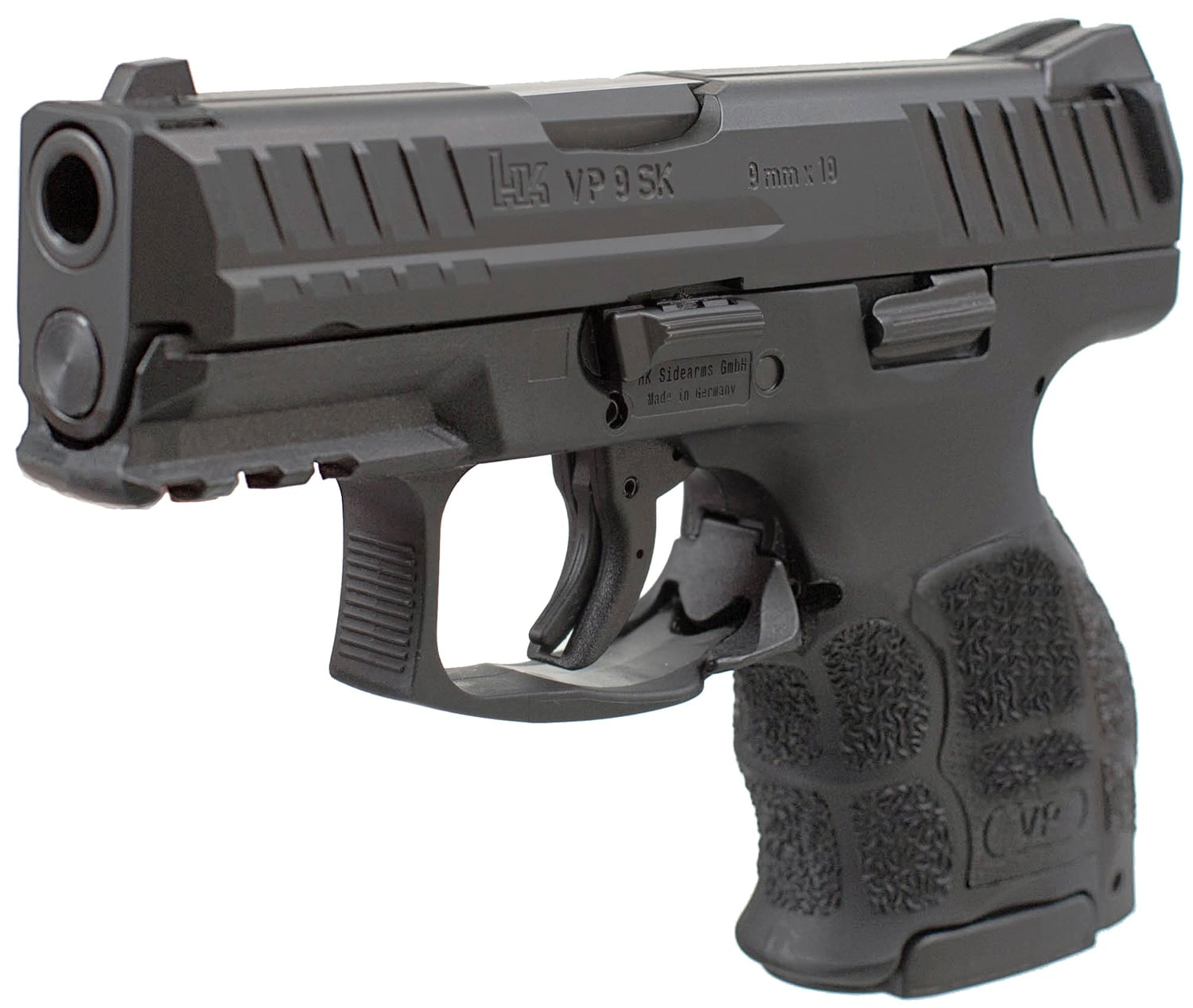 HK executive, Michael Holly, calls the new gun “the right combination of compact size and firepower for a subcompact.”

What sets the VP9SK apart from the rest of the series is its 3.39-inch barrel putting the overall length at 6.61 inches and weight at 23.07 ounces. Also, the pistol is equipped with an abbreviated Picatinny rails modeled to the polymer frame and comes with two 10-round magazines. However, extended magazines — 13 and 15 rounders — will be available in November.

HK says the new handgun will feature “the highly-rated HK VP precision strike trigger” that “surpasses those found on competitors.”

“(The trigger) has a short, light take-up with a solid, single action break followed by a short positive reset. The result is trigger quality unmatched in most production striker fired pistols,” the company says.

VPSK pistols are made in Heckler & Koch’s Oberndorf factory in southwest Germany and are well suited for civilian sport shooting, security, military, and law enforcement use.

Like the full-size model, the VP9SK features interchangeable back straps, molded finger grooves and ambidextrous controls. Also, like the standard model, the VP9SK retails for $719. They’re available and shipping now from HK’s Georgia facility.