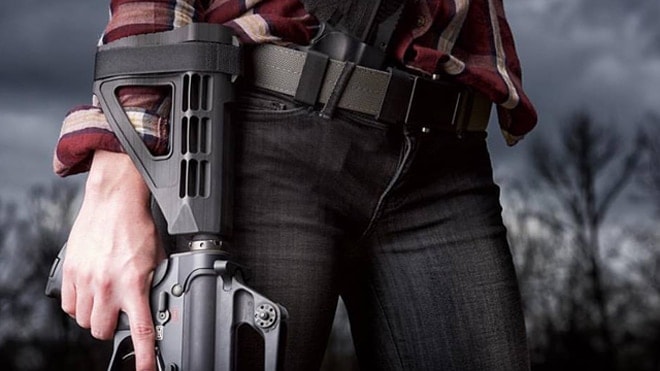 Federal regulators reversed a two-year-old decision prohibiting specific use of an arm brace for AR pistols after re-addressing the issue with the company that designed the original model.

SB Tactical shared a new determination letter Tuesday that had been issued by the Bureau of Alcohol, Tobacco, Firearms and Explosives to clarify any confusion regarding shouldering the company’s “stabilizing brace.”

Shouldering a firearm equipped with a barrel less than 16 inches and an arm brace would make it an unregistered National Firearm Act item, ATF says in the letter dated March 21, adding that it continues to “stand by those conclusions.”

But “incidental, sporadic, or situational” use of a firearm equipped with an arm brace “in its original approved configuration” at or near the shoulder would not constitute a redesign nor make it an NFA item, ATF says.

Per federal law, an NFA item — a short-barreled long gun, silencer, machine gun, or any other weapon — is prohibited unless registered with the government and the owner pays registration fees.

Bosco designed the stabilizing brace to securely fit around a user’s forearm for controllable one-handed shooting. Specifications for firearms that would be ideal to use with a stabilizing brace include AR pistols with a 16-inch barrel and a fixed buffer tube or one with limited adjustable features.

The ATF letter suggests the stabilizing brace by SB Tactical creates the standard for arm braces since it was intended to be used for one-handed shooting, ideally to aid users with limited mobility.

The letter also maintains closure of a perceived loophole, which would allow buyers to obtain an arm brace with the intention of using it as a shoulder stock. These are designs that feature an adjustable length-of-pull, a characteristic often seen on a rifle or shotgun.

The latter was the subject of an open letter ATF published in January 2015, saying shouldering a firearm equipped with an arm brace would redesign the gun.

Bosco says he had been working with the ATF on “correcting” the decision since the agency published the open letter. He called the reversal a diplomatic success and referred to the letter as his “opus magnum.”

“Communication is the best way to resolve problems,” he says, as opposed to litigation. “You stand to gain a lot.”

Editor Daniel Terrill contributed to the reporting of this article