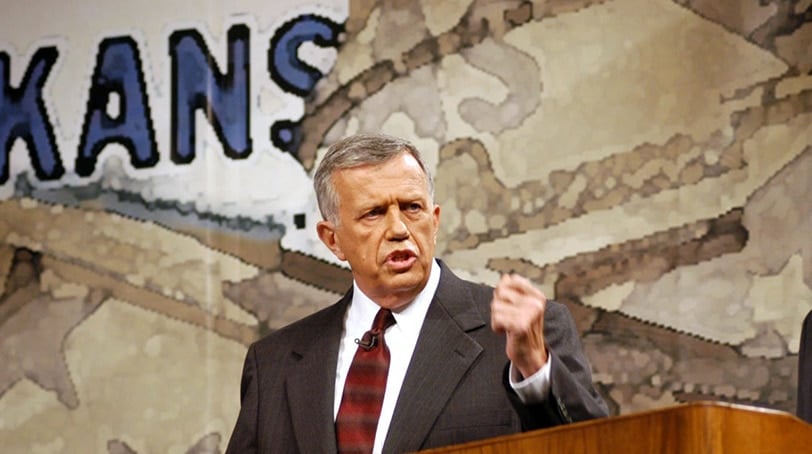 The lawmaker responsible for essentially stripping the Centers for Disease Control and Prevention of funding for research into gun violence died Thursday, but not before recanting his stance.

U.S. House Rep. Jay Dickey was an Arkansas Republican best known in gun politics for a 1996 amendment which took his name and effectively blocked federal funding to the CDC for what was viewed by conservatives and the gun lobby then and now as a means of collecting political ammunition against the gun industry.

Until recently, the CDC’s National Center for Injury Control and Prevention hadn’t done much research linking gun violence to public health, which is what Dickey set his sights on preventing.

The Dickey amendments, as they’ve come to be known, stripped the CDC of the $2.6 million it had been using on its gun violence research.

“Year after year, those who oppose even modest gun-safety measures have threatened to defund scientific or medical research into the causes of gun violence, I will direct the Centers for Disease Control to go ahead and study the best ways to reduce it,” Obama said at the time.

The research that came out of that actually bolstered the gun rights arguments, much to the distress of Gun control proponents.

And given this, gun rights groups still reject using a government agency like the CDC to research gun violence.

“Gun Owners of America opposes any CDC involvement in the firearms issue,” Larry Pratt of Gun Owners of America told Guns.com Tuesday in an email. “It is not a medical issue, and all the CDC brings to the table are fanciful political assumptions that are very arguable, to say the least. The notion that firearms are a contagious disease is risible.”

No one wants senseless violence in America, Pratt said, but it shouldn’t be the CDC’s responsibility.

“The CDC should stick to bug-born diseases and get out of an area that has been adequately served by the Bureau of Justice Statistics,” Pratt said. “Otherwise they resemble the Department of Redundancy Department.”

In 2015, Dickey gave an interview in which he said regretted his part in effectively handcuffing the CDC. The issue has remained highly partisan, with 110 Democrats attempting to launch an effort against the Dickey amendments. No Republicans signed onto that effort.

The National Shooting Sports Foundation takes issue with what it calls the mischaracterization of what Dickey’s legislation actually did.

“There is nothing in the Dickey Amendment that prevents CDC from doing research. All the Dickey Amendment does is restrict CDC from engaging in advocacy, said Larry Keane, general counsel for the NSSF. “However, some of what has been talked about over the years as ‘research’ has been pretty much undisguised up-front advocacy in search of supporting data. In the fall of 2014, we commissioned a Harris Poll that found more than eight out of ten Americans say that the misuse of guns in violent crimes is a matter for the criminal justice system, not a public health issue, and that the CDC should not spend resources on the study of “gun violence” but instead concentrate on viruses and disease.

Article updated from a previous version to include input from NSSF.