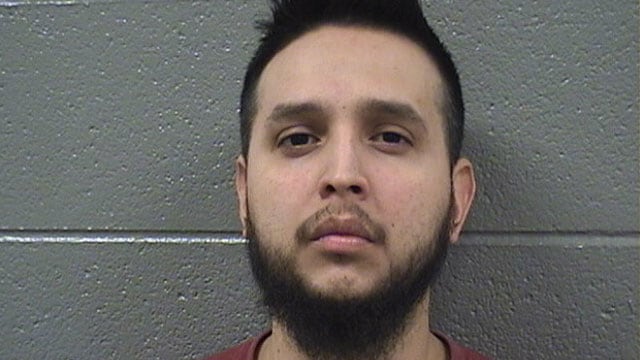 A 31-year-old Chicago man is facing charges after he fired at a shoplifter at an Elmwood Park Walgreen’s over the weekend.

Roman M. Dimoreno was charged with aggravated discharge of a firearm at a vehicle and aggravated and unlawful use of a weapon without a firearm owner’s identification card.

The incident unfolded just after 1 a.m. Saturday when the suspect walked into the store, went to the liquor isle and picked up a bottle of booze. Dimoreno informed the man that alcohol could not be sold at that hour, but instead of putting the bottle back, the man ran out of the store with the liquor. Dimoreno then chased after the man and fired at him as his SUV sped away.

Dimoreno claims he fired at the vehicle because someone inside the SUV had a gun.

Police recovered two spent shell casings outside of the store, but authorities do not believe the man was hit, as a check with area hospitals did not turn up any gunshot victims matching his description.

The shoplifting suspect was described as a clean-shaven bald man in his 40s. When he entered the store, he was wearing a green jacket with a stain, black pants, and a gray skull cap.

Authorities would not say whether Dimoreno has a license to carry a concealed firearm, but Walgreens apparently has a no weapons policy.