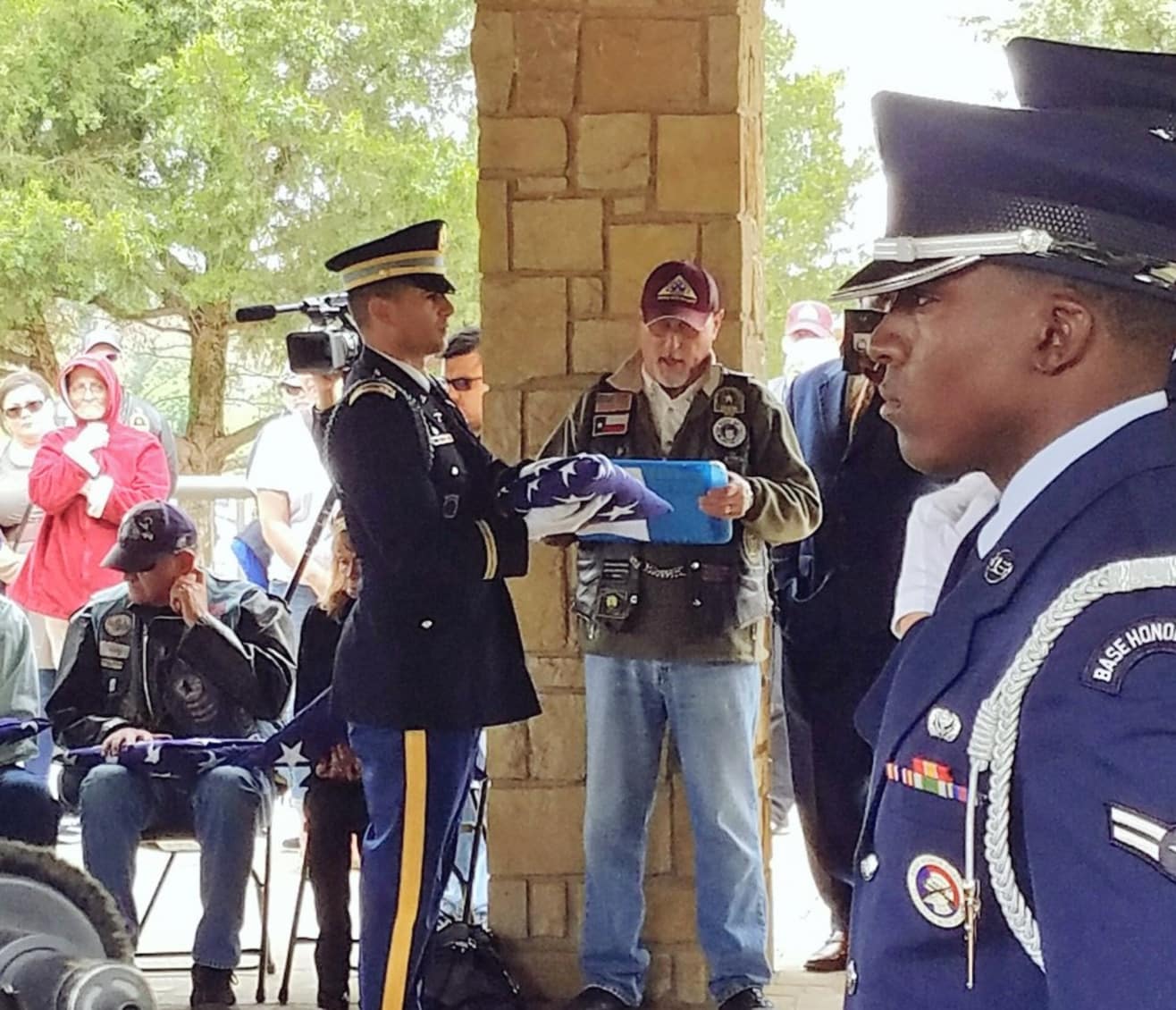 The family members of fallen veterans were presented flags in a ceremony to honor a dozen of the dead at the DFW National Cemetery on Wednesday. (Photo: Eline de Bruijn)

A ceremony was held Wednesday afternoon at the Dallas-Fort Worth National Cemetery to bury 20 U.S. military veterans.

All of the veterans were buried with full military honors and all were homeless when they died. Additionally, more than a dozen had no known next of kin to notify of their deaths.

Kamisato said it’s bothersome to have a veteran who is unclaimed before they are buried. She called it “very, very sad,” and noted that, on average, they bury about 40 unclaimed veterans in the cemetery each year.

The unclaimed veterans who were buried yesterday are as follows.

Kamisato said the public is always invited – encouraged – to attend the burials to honor those who served our country.