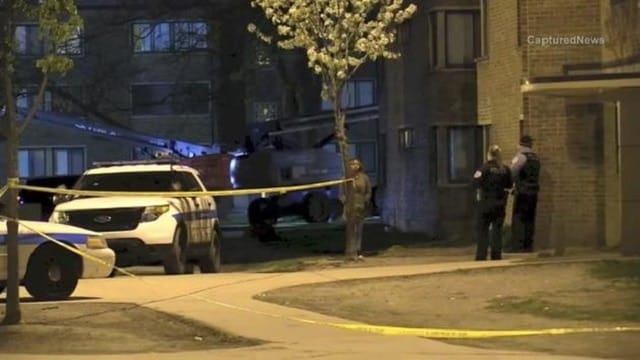 The bloodshed continued in Chicago this week, with eight people wounded in shootings since Wednesday and more than 1,000 people already shot so far this year.

The Chicago Sun-Times reported the most recent shooting took place in the Woodlawn neighborhood on Wednesday night. According to Chicago Police, a 35-year-old man was shot from a passing car while standing on the street. The man suffered gun shot wounds in the left hand and right ankle and was later stabilized at a local hospital.

A 28-year-old woman was also shot in the incident, suffering gunshot wounds to both thighs and her right foot. She was later treated and stabilized at a local hospital.

Earlier this week, on the 115th day of 2017, Chicago passed the 1,000 mark for number of people shot in the city so far this year, according to Sun-Times data. At least 174 people were killed in the shootings.

That total does not include four people that were shot by police officers and 10 people who shot themselves by accident.

The data shows that most shootings, approximately 88 percent, have occurred on the south and west sides of the city. The west side Austin neighborhood has seen the most gun violence, with 124 gunshot victims.

So far this year, 18 people have been shot who are 14-years-old or younger. Two-year-old Lavontay White was the youngest victim, killed by gunfire in February.