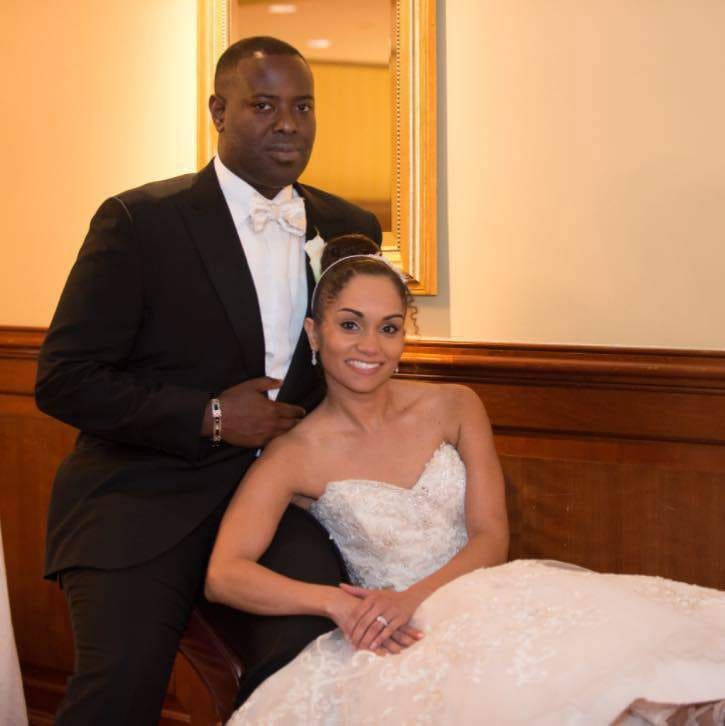 Cpl. Stephen J. Ballard, who was killed in the line of duty Wednesday, was married just over a year ago. (Photo: Facebook)

For some 24 hours, multiple law enforcement agencies have been engaged in a standoff with a man accused of fatally shooting a Delaware State Trooper in the parking lot of a Wawa convenience store Wednesday morning.

The deceased officer was identified as Cpl. Stephen J. Ballard, 32. He had worked with the State Police for more than eight years.

Authorities say the shooting took place around 10 a.m. after Ballard observed a vehicle in the parking lot with two occupants who he deemed to be acting suspiciously. As the officer approached the vehicle, one of the occupants exited the car and opened fire, striking Ballard numerous times. Witnesses say after the officer fell to the ground, the suspect continued to fire at him before fleeing on foot.

According to reports from local media, bystanders who witnessed the shooting rushed to Ballard’s aid, performing CPR on him before first responders arrived on the scene. First responders then worked on Ballard before he was rushed to the hospital, but despite efforts to save him, Ballard succumbed to his injuries and died.

Responding officers took the second occupant of the vehicle into custody without further incident. The suspect who fired the shots fled the scene before additional officers arrived, but authorities later determined he went to his home in a residential neighborhood about 15 miles from where the shooting occurred.

When officers arrived at the home, they were met with additional gunfire, although as of early Thursday morning there were no additional injuries reported.

Authorities say the suspect – although he has a family – is home alone. His name has not been released. It’s unclear the type of weapon or weapons with which the suspect is armed.

The suspect has repeatedly ignored commands to surrender, and hostage negotiators are working toward a “peaceful resolution” by attempting to communicate and persuade him to surrender.

According to a press release from the Delaware State Police, at 8:22 p.m. Wednesday, the Explosives Ordinance Disposal Unit used an explosive device on the front door of the home but, for reasons which weren’t disclosed, they were unable to enter the residence.

As of 2 a.m. Thursday EST, the standoff is still underway, and surrounding streets remain closed.

Ballard was the 14th police officer shot and killed in the line of duty so far this year. According to his Facebook page, he was married in January 2016. Family members noted on the page that Ballard is a father, but it’s unclear how many children he has.

“My heart is with Corporal Ballard’s family and the officers who have served beside him,” Delaware Gov. John Carney said in a statement. “Delaware’s law enforcement officers go to work every day knowing they put their lives on the line to protect ours.”

Gov. Carney ordered all U.S. and Delaware flags be flown at half-staff in honor of the fallen officer.